You are Here: Home >> Blog Posts >> Fishing Reports >> Smoke on the Water Dragons in the Sky

Smoke on the Water Dragons in the Sky The drive south for summer holidays is usually an exciting time filled with anticipation of some good ol’ R&R. But this year there was a cloud hanging over us as we drove down through a province on fire. That cloud was smoke. Other than a day or two we’ve had a smoke free summer here on the other side of the Rockies. You could see it’ll leave a black scar that’ll be there the rest of my life but it’s all part of the cycle that’s been going on in the Boreal forest forever. All that beetle kill jackpine needs to burn for their cones to release the seeds within. This ,of course, means nothing to all those displaced and burnt out. My heart goes out to them!

By the time I got down to the Okanagan they were into day 40 with no rain and temps were in the 30’sC. I missed my chance to head up into the Monashee’s for some alpine fishing and had to resort to crushing Pikeminnows of the dock at buddies cabin. Small minnow patterns on a full sink line were the ticket. As I got to Kamloops for a week I wasn’t really optimistic about any lake fishing and was leaning toward fishing the Thompson up toward Chase. I’d been hearing that with the constant smoke cover that the lakes weren’t heating up as much as they would normally in sunny 36C weather. I thought I might as well check out a lake in the Roche Lake Park.

I was pleasantly surprised, when I dropped the tube into the lake early one morning, how cool the water felt. I didn’t have a thermometer but it was way cooler than I was expecting. Game on! I started off touring the lake with a mini black, gold bead leech on a camo intermediate line. This set up, more times than not, produces fish. I was looking for any chironomid action but couldn’t find any. By the time I got to the far corner, out of the wind, I was in the middle of a full blown Dragonfly escort. They were everywhere. I switched out to a Chewy Dragon and kicked out to wind drift across the lake. Five minutes into the drift and BANG the rod was almost ripped out of my hands. Watching and indicator go down and setting the hook is fun but there’s something about a monster hit on a tight line, that for me, is more exciting. Turned out to be a nice 18” fish. The rest of the day followed the same pattern. I was lucky the wind was shifting every half hour so I’d drift across the lake and cast until the wind shifted again. Hooked 9 and landed 6 all between 2-3 lbs and all but one were on the wind drift. They fought hard and revived quickly which is always nice. It was definitely not the Dog Days of Summer fishing I was expecting and was another great outing with the Chewy Dragon. I kept one for the mother in-law and there was no doubt that this lake has a healthy population of shrimp as the flesh was bright orange. It was a blast of a day as the Squadron leader of the Dragon Air Force! 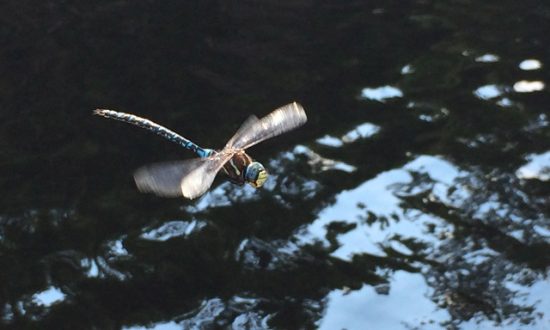 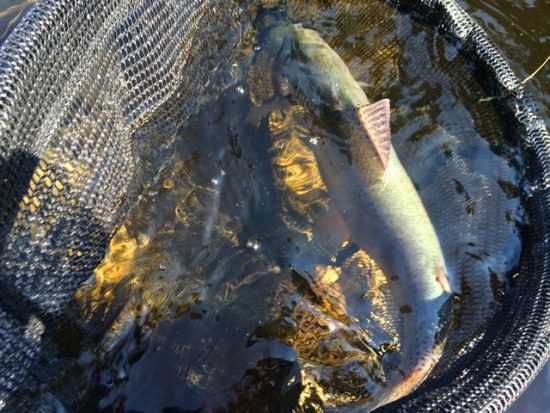 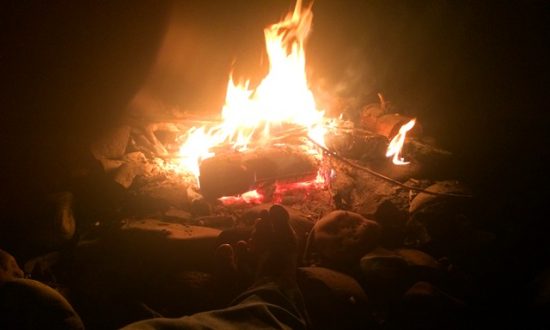 For those interested in learning how to tie the Chewy Dragon fly pattern here’s a link to the instructional fly tying post (with video 😉 ) …….