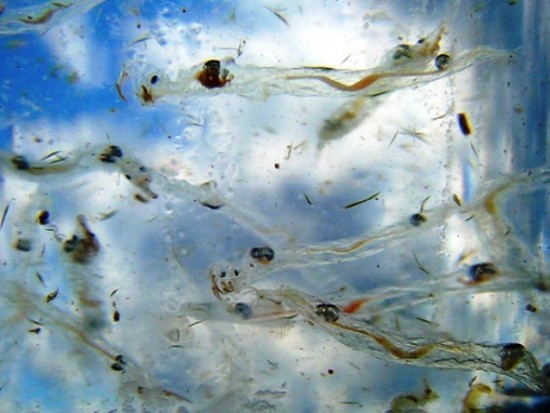 Chaoborus are viewed by many anglers as a fly fisherman’s nightmare. They are present and available to trout, in abundance, throughout the open water season but their transparency, erratic movement and behavior characteristics make them difficult to imitate. Regardless, striving to understand this stealthy insect is well worth the time as there are certainly days on the still water lakes of beautiful British Columbia when fly fishing chaoborus will make all the difference!

The chaoborus has three (3) distinctly different, yet questionably fishable, stages of life:

(1) the larva (aka … the glassworm) – an important fly fishing life stage, (2) the pupa – arguably the most important as far as fly fishing is concerned, and (3) unanimously the least concerning to fly fishers yet important enough to understand, the mosquito like mature adult (winged terrestrial). 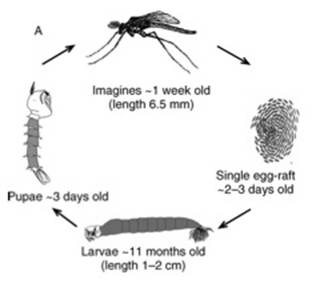 Chaoboridae and Chironomidae are both families within the order Diptera. Chironomid larva live in tubes in the mud, hence when they pupate they do so in their mud tubes, emerge, and then stage off the bottom as they accumulate gasses or wait for whatever they may need before beginning their ascent to hatch. That staging can take a while and the pupae are pretty vulnerable during this period.

Because the larvae of Chaoborus, the glassworm, are free swimming rather than tube-dwelling, the pupae don’t necessarily begin their ascent near the bottom substrate. Pupation happens while the organism is free-swimming over a period of weeks (the chironomid does this while sealed off in its tube). Both chaoborus larvae in their last instar (after the last moult before they hatch) and the pupae exhibit strong diurnal migrations to and from various depths of the lake. Because of this, they can really be anywhere in the water column when it’s time to start their emergence.

It’s notable though, that the emergences are typically daytime-oriented and the pupae are somewhat negatively phototactic (they move away from light). Presumably then, the pupae would have migrated away from the lake surface (where they spent the dark hours) as the daylight intensified, and then at some point later that day, begun their emergence to hatch from deeper water with less intense light levels.  Depending on the depth of water, water clarity, sun vs cloud, wind-chop on the water, etc., that may or may not be right on bottom. 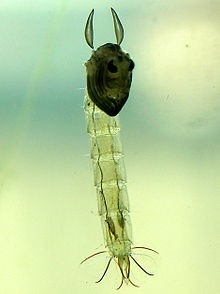 If you consider that often trout will occupy a preferred location (depth) and remain strongly oriented to that depth, you can imagine that when that depth coincides with an abundance of food then the trout will be less inclined to occupy other depths. I would guess that often the preferred depth is strongly influenced by an abundance of food. If chironomid are staging off bottom and trout like the conditions there, I would guess it would be game-on and your day would end with a sore shoulder! 😉 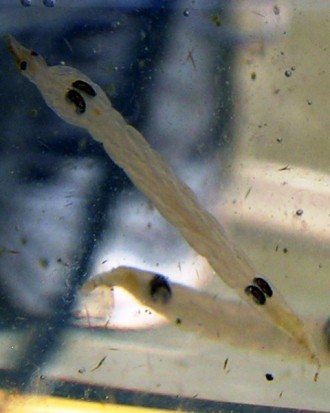 If you think about the scattered (in depths) nature of chaoborus though, it would be less often that they’d be available in high densities in a particular zone that trout might prefer. More likely, there would be a partial component of the total amount of pupated chaoborus at any given depth zone. The result being that trout would have to occupy more depth zones to take in the same number of food items (assuming an equal density of chironomid vs, chaoborus, which may not necessarily apply … but that is a different discussion).

Although trout can obviously adjust their swim bladders quite easily to accommodate themselves at various depths, it does require energy. Basic biological theory (minimizing energy output to maximize food input increases fitness [geez, I wish that applied to humans as well 😉 ] implies that trout would not do this if they did not require to. 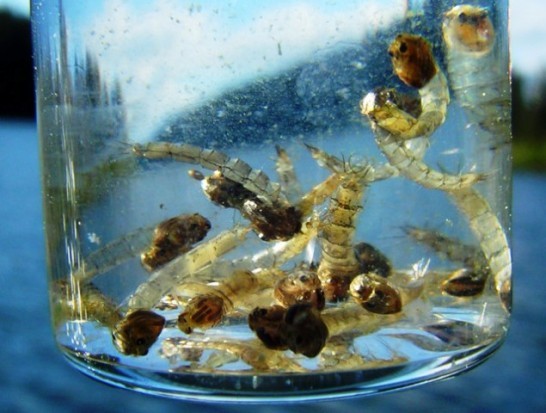 Similar to chironomid, chaoborus accumulate gasses under their case causing them to have a shimmery pale yellow appearance with a shimmery silver or light gold rib. The thorax/head is usually notably darker and can range from an opaque green (on the pale watery green ones) to pretty much black.

UN-similar to most of the chironomid found in the BC Interior still water lakes, chaoborus do not have white gills … a feature that should therefore also be omitted from any fly patterns designed to imitate them.

As for size, chaoborus are typically in the small to very small range (#18 – #14). However, like with chironomids, I have seen them quite large and quite dark – a solid #12 typically in pale muddy green/brown with an almost clear rib.

* Timing Tip: If throat samples consist of rather opaque and whitish chaoborus it is typically because they have been pickling in stomach juices for a while – similar to how shrimp turn orange when they’ve been in a fish’s stomach for a while. These whiteish chaoborus are a sign that they were eaten some time before the sample was taken. In the “fresh” state, they exhibit some degree of transparency or translucence, and are either clear, similar to the glassworm, pale watery green, pale muddy tan, or some color in between those. 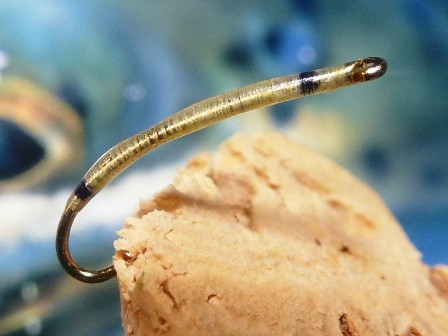 The nature and movement of chaoborus (the way they twitch) may be harder to imitate and thus may also lend an advantage to imitating chironomid vs chaoborus. That’s just my speculation though. Obviously anglers have a tough time imitating the movements of most insects very well.  It might not matter all the time, but I assume that for a chironomid just hanging there, the fact that you can imitate that fairly easily has to help your ability to fool fish!? Keeping all of this in mind, and depending on your observations on the water (depth, throat samples, insect activity, etc.) fly fishing chaoborus can require both floating and sinking fly lines. 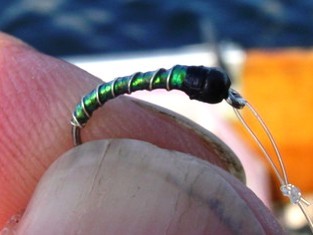 Floating Lines – A floating line with long leader/tippet is very effective in water up to 10ft. deep. Use either sinking tippet, sinking dressing or a weighted fly to present quickly. Tippet sizes from 4x – 6x are common.

Attach enough tippet material to reach the lake bottom. Place a strike indicator on the tippet to keep the fly suspended near or just on the bottom …  and keep a careful eye on it. 😉

Additionally, use varying retrieves from VERY slow (one inch per second and slower) to very erratic (like when fishing shrimp).

When a fish takes the fly the indicator may suddenly dart under the surface, or the take may be so subtle that the indicator barley tips over in the water. Either way, at this time the fly must be set quickly or you may miss the fish.

You will be able to detect if you are on the bottom as the indicator will bob under slightly when retrieved as the fly hooks on weeds. Simply adjust your strike indicator and try again.

To use floating line with no strike indicator use the count down method to let the fly reach your desired depth and then use the varying retrieves described above. Keep the line tight and watch end of the floating line for ANY movement. As with the indicator, set quickly upon any movement or you may miss the fish.

If sight fishing you will need a floating line as well. Cast your fly in the area of the fish, being careful not to spook them, and then be patient until the fish are near your fly – at this point begin a very slow retrieve with a twitch or two every once in a while. 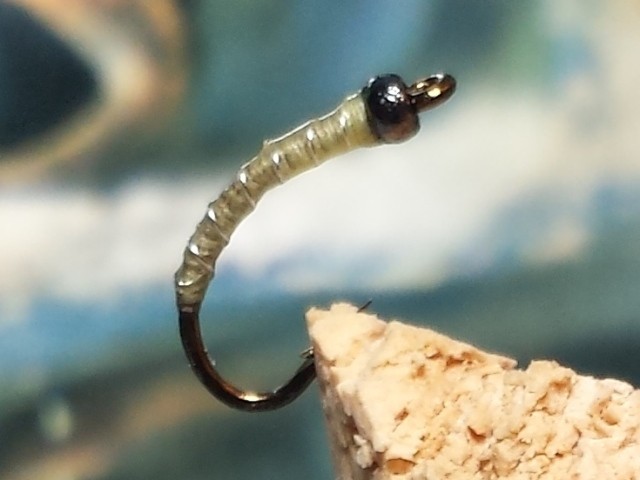 After your cast simply let the fly settle to your desired depth (I always like to start right on or very near the bottom) and then s-l-o-w-l-y retrieve – one inch per second and slower with the odd quick twitch thrown in to imitate the chaoborus’ erratic movement.

These techniques are just starting points. Vary up retrieves and speeds until you find what is working on that particular day. The funny thing chaoborus is that they are totally the kind of fly where the guy fishing them is crushing fish when everyone else around them hanging chiro patterns is getting blanked so don’t give up cause it may be you that hits the sweet spot! 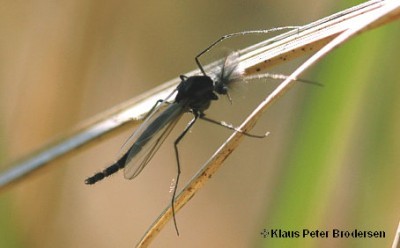 Chaoborus adults, like chironomid adults, look just like mosquitoes but without the bite. Fish adult chaoborus when you see fish taking hatching pupae on the surface. A floating line is required and the presentation is usually very static. A light weight mono leader and tippet is a must to keep the presentation above board. Strikes are more noticeable than the underwater methods as you can literally see the fish sip the fly … this is the time to set the hook.

Pupae: flyguys.net Cahill Chaoborus (Sizes #12 to #18).  We are unaware of any commercial chaoborus larvae fly patterns.

Fly Fishing Chaoborus | Some of our Chaoborus Fly Tying Guides: