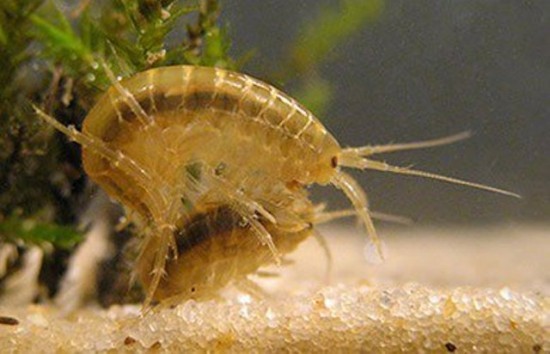 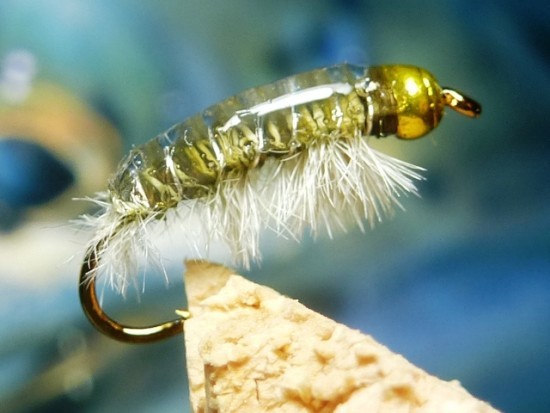 Scuds are present throughout the entire open water season making them a very important source of trout food. Their constant presence also makes them a great searching pattern. They are particularly useful in the early spring when forage for other insects is scarce as the main hatches are yet to start. In the fall however, Scuds go from important to absolutely essential as it is during this time that they top the trout food chart at a whopping 24% of the trouts diet (Philip Rowley, Fly Patterns for Stillwaters; A Study of Trout, Entomology and Tying, 2000). 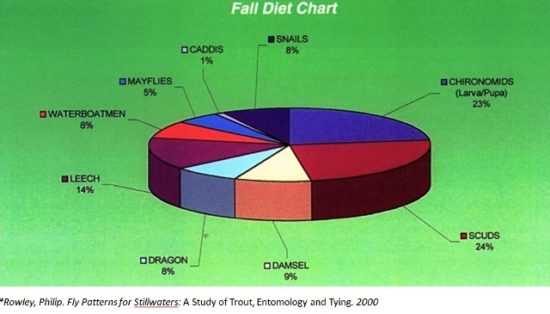 In the BC Interior stillwaters there are two common species of scuds that get the trouts attention; the larger Gammarus scud and the tiny Hyalella scud. Both species can be found in a variety of colours but predominantly quite accurately match their surroundings. Marl grey, chara green, blue/grey, golden olive, and, when pregnant, each with a orange “hot spot” highlighting their midsection. 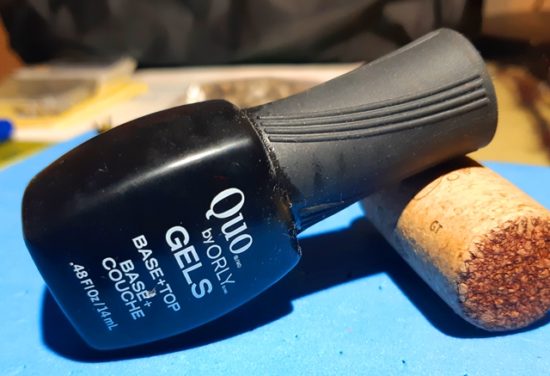 The Status Quo Scud was developed to imitate the larger gammarus scud. When the fish are on the much smaller hyalella scuds we have a different game plan (which we’ll be discussing in depth on the next page 😉 ) It was conceived at at time when UV resins were just breaking into the Western fly tying scene making them hard to find and expensive when you did. But a guys got to do what a guys got to do so of course the mail order went in and the wait for the product to arrive began. And sometime during that wait I found myself in a conversation with my wife about this cool new fly tying product, that I just spent about the same amount of money as a fancy dinner out for two on, when she chuckled and showed me her finger nail gel … complete with curing light! DOH! So off to the bench I went and was very pleased with the outcome!

Scuds love to forage in the weeds and marl for food. It’s therefore not uncommon to observe trout foraging for scuds by swimming slowly with their snouts down in the marl. Scuds are more active in low light conditions and are erratic swimmers. Present the staus quo scud near or on weedy and muddy bottoms of shallows, shoals and drop offs. Like the leech, the brighter the day, the deeper the presentation. Imitating the size and color of the natural is critical, as mentioned use the habitat as a color indicator. A favourite method to fish the Status Quo Scud is with a floating line, with or without an indicator. As their movement is erratic experiment with retrievals from static to quick, and everything in between.

Here’s how to tie the Status Quo Scud (with actual UV resin designed for fly tying not nails 😉 ) …….

... flyguys chief webhead, when not fishing ;)
View all posts by BCFlyguys →
This entry was posted in Fly Patterns, Series. Bookmark the permalink.