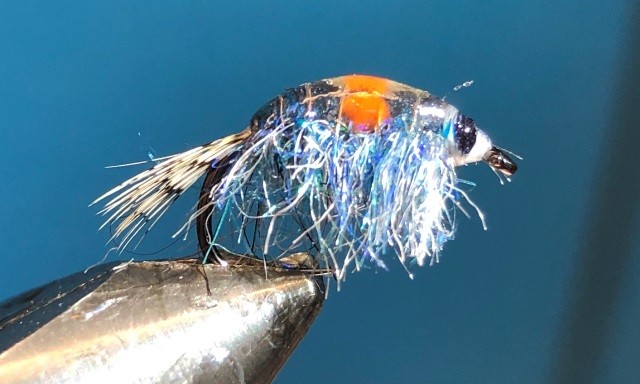 Okay a little back ground on this pattern whether you like it or not! I’m going to avoid Latin, Chemical processes and complex biological actions. This will be Gord’s Kindergarten Cole Notes with apologies to any biologist out there. The parasite that affects Gammarus shrimp goes by a couple of common names, Thorny or Spiny Head Worm. The shrimp ingests the eggs and the cycle begins in their gut. The worm hatches and burrows out into the body cavity and morphs into the barrel like cysts stage on the back of the shrimp. This is the orange spot seen on Gammarus. This is sometimes confused for a pregnant female but her orange is a mass of eggs on the bottom of the shrimp. Once it settles in things get interesting. Since this parasite requires not 1 but 2 hosts it starts to manipulate the shrimp. It either creates or induces the shrimp to release chemicals that affect the eye or optical centers of the brain. Seems as there are a few theories out there. It doesn’t matter, what happens is the shrimp now thinks light is dark so when startled it heads to the surface instead of to the bottom. When it gets to the surface it looks for some plant life to cling to. If there is none it will swim along the surface looking for some. I now wonder when some fishermen say” I saw shrimp swimming along the surface, there are no fish in the lake” whether that’s true. One would think that fish would be the next host but you’d be wrong. Coots and primarily Mallard ducks become the next host when they eat the foliage with the shrimp clinging to it. 1 other study did mention that a certain Stickleback could act as a host. This is interesting as a couple of lakes I fish have Sticklebacks and this may increase the likelihood of infected shrimp. Anyways once the in the bird it finishes its cycle and eggs are deposited back into the lake when the bird Ships High In Transit.

Okay that was probably clear as Marl so let’s move on to the second aspect of this fly…the molting. Gammarus molt as they grow and the freshly molted ones take on a bluey/grey/purplish colour. You have to think that fish are looking for this soft morsel but the shrimp usually hide out for 48-72 hrs to let the shell harden. Unless…class…anyone…that’s right it has the parasite.

One other thing I’ll mention before we get down to the Nitty Gritty of tying this scud. I tie them on wide gap straight hooks. I know the market is full of curved scud hooks but the only time a shrimp is curled up is when it’s feeding, breeding, sleeping or dead. When they are moving about they are quite straight. Well onto the visual part of the program. 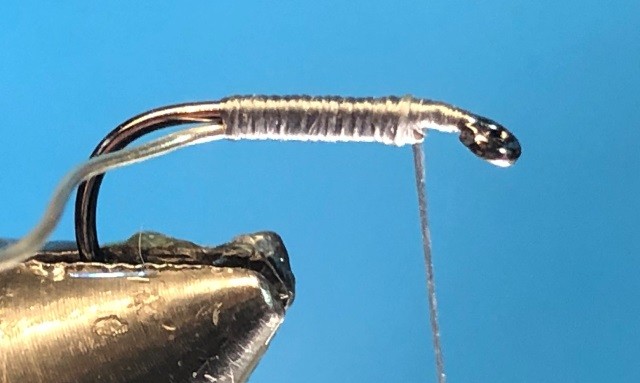 Tie the wire along the bottom of the hook. Keels it and makes it easier to wrap. 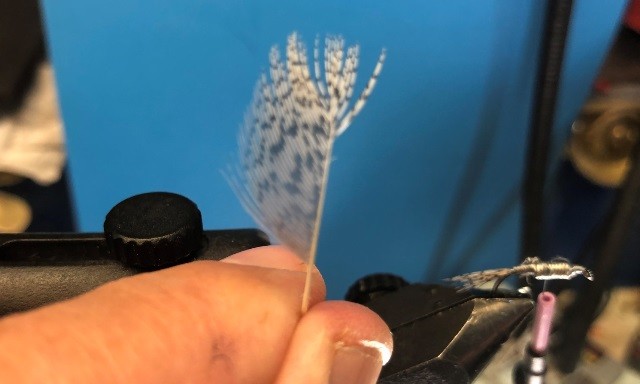 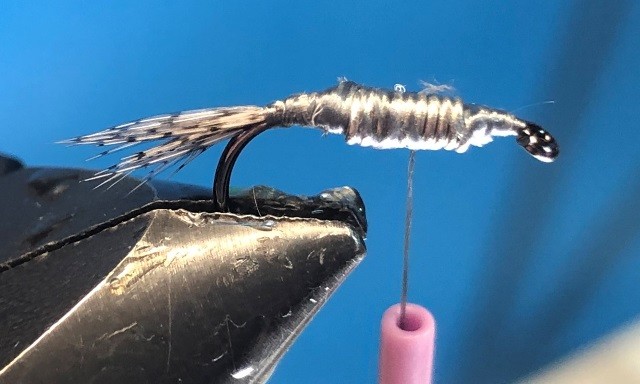 Strip the fibers off the partridge and tie in just around the bend of the hook facing a little downwards. 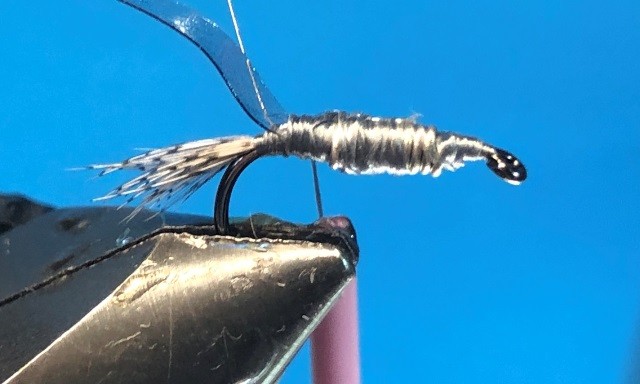 Tie in your rib then your scud back. 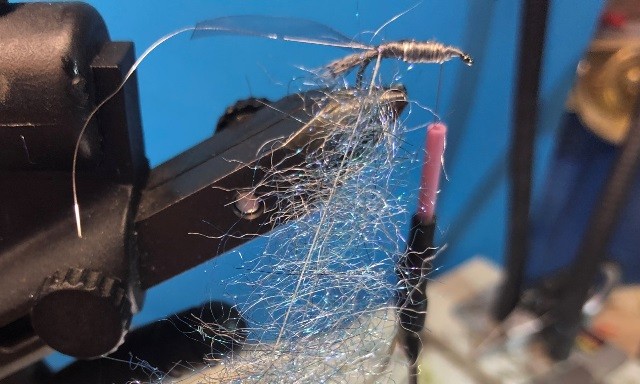 Make a dubbing loop and load with dubbing 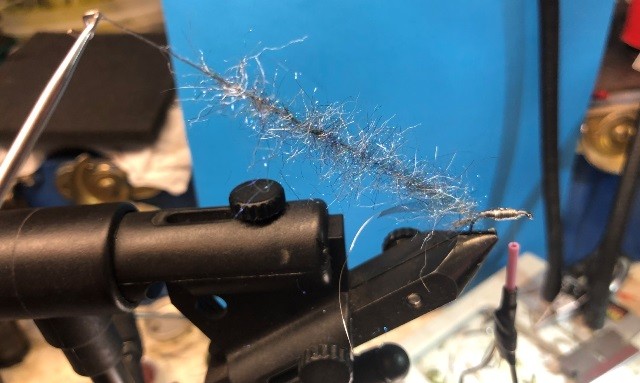 Twist up and brush out the fibers 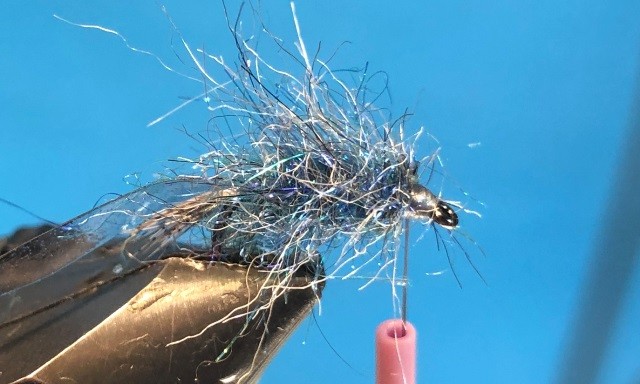 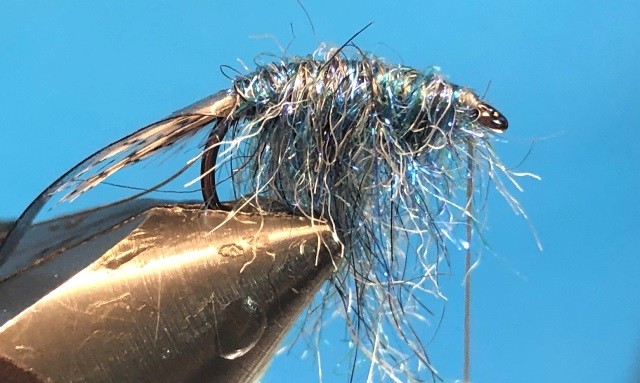 Pull all the fibers downward 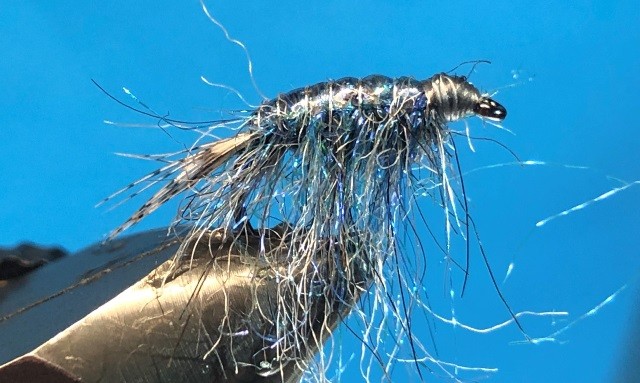 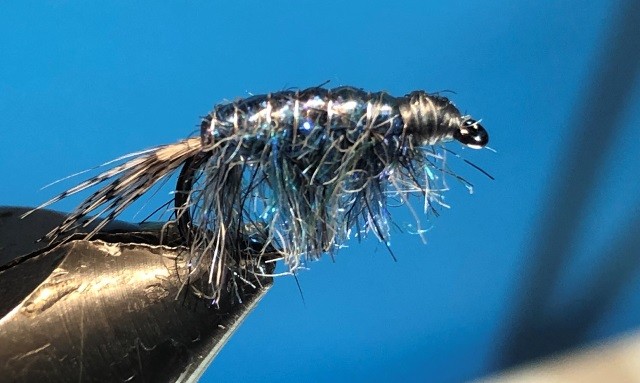 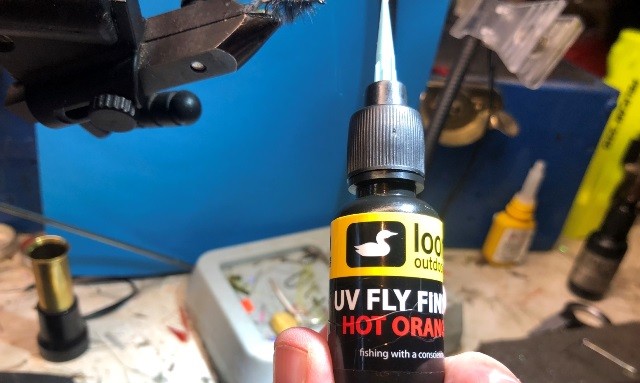 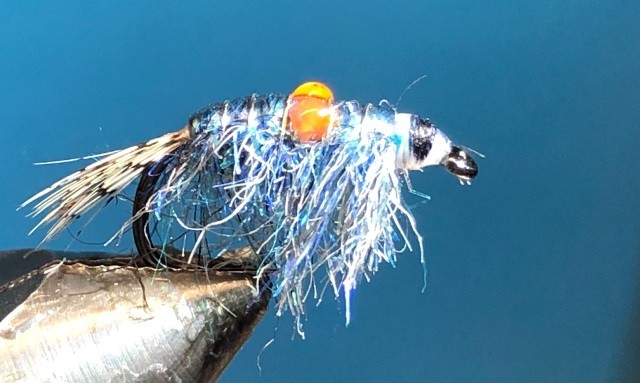 Add the hot spot on either side of the shell back

Coat with a thick resin set it with your light and dab on the eyes. I use Clear Cure Goo Thin/Thick and it is a bit tacky so I coat everything in CCG Hydros to give a hard finish.

Fish on a floating line or slow sink because as mentioned these guys are heading for the surface. Never a bad idea to have a few Suicide Shrimp in your box.

More on scuds, and how to fish them, here! 🙂