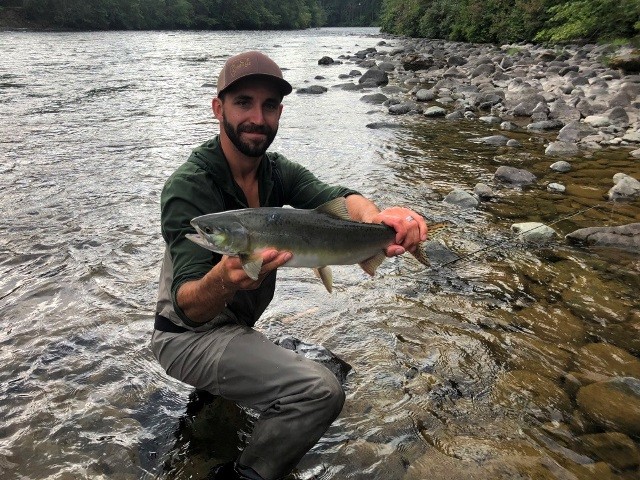 I’m sure most of you at some point in your scholastic endeavors had to, upon returning to school in the fall, write this essay. It was looking like mine this year would be an epic two word masterpiece. I Worked. Then the door opened a smidge, I booted it open, took 22 days off, loaded the Jeep and got out of Dodge before they figured out what was going on. Before I pulled the pin I put together a loose plan which started with a drop down through Alberta and into B.C. through the backdoor, the Crownest Pass. We had friends that had been bugging us to visit their place on Lake Koocanusa for a while now. Having never been there I Googled the lake and found that it contained Kokanee among other things. The other selling point was all the great stream fishing around Fernie. We were planning to stay 3 days and I thought if the weather was iffy I’d give the Bull River a go. I brought a Kokanee rod loaded with lead core line, willow leaf, rubber snubber and some proven lures and planned on dragging that behind his big Pontoon boat at some point. All good plans until we got there and had three days of 36 degrees, no wind and blue sky. There was lots of swimming, lots of good food, lots of liquids, lots of fun and lots of no fishing. And I was just fine with that. 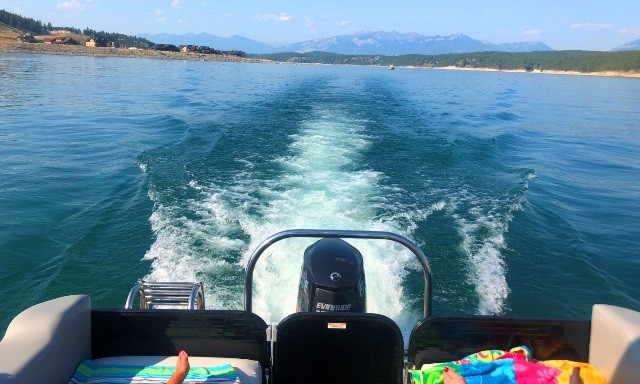 The next stop was a good friend’s cabin on Okanogan Lake and I’d get my Kokanee troll on there. Well after only an hour mid-day (not prime time in that lake as I remember) the boat started acting up and we limped back to the cabin where we had lots of swimming, lots of good food, lots of liquids … you get the picture. 0 for 2 and I was just fine with that.

Next stop Kamloops and I really wanted to fish the Thompson south of Savona. I tried last year about this time in the heat but got skunked. It was beautiful looking water but nada so I contacted the CEO of FlyGuys and asked for some guidance. He generously gave me some advice on an area to try where I could fish from shore. I parked at the spot and scrambled down the bank onto the boulder garden that is the Thompson. I spent the next 7 hours bouncing over the bowling ball sized rocks going upstream then back down. On hitting the river the first thing I saw was the rocks covered in Stonefly cases. I think I missed the main hatch by 3 weeks or so as there were no adults in the bushes or flying around. Knowing that the fish would still recognize a big meal like that I tied on a Rock Bottom Stone and worked my way upstream. Thanks Rob great spot hooked a bunch of feisty rainbows that fought hard and unbuttoned lots in aerial maneuvers. 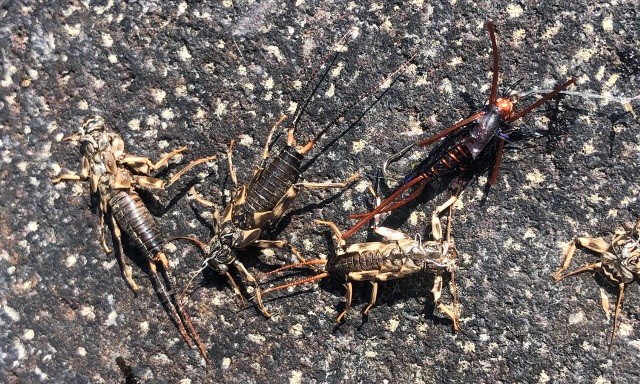 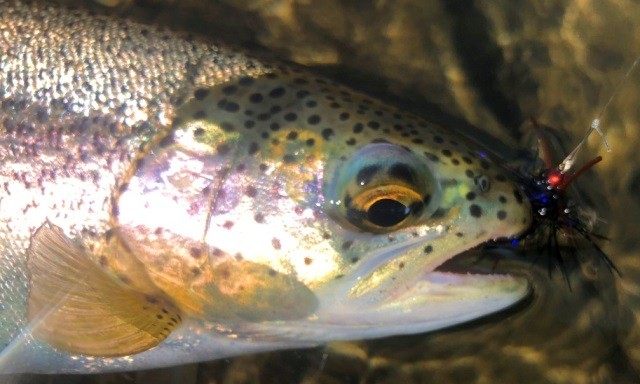 The hook ups slowed down so I tied on a Chocolate Silicone Sedgehog and headed back downstream only to have an awesome couple of hours of dry fly action. It was a great day with just me, the trains and the rainbows. The only down side was I knew that after clambering all over those rocks my ankles and calves were going to be screaming come night time. Boy did they ever … but I was just fine with that. 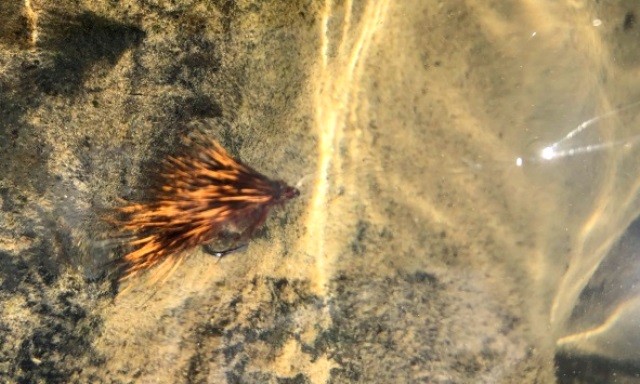 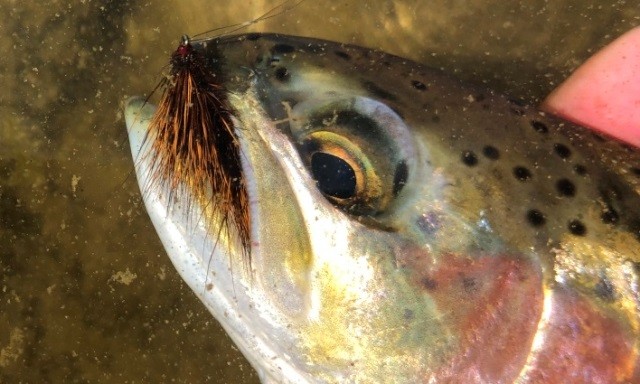 The next whistle stop was to head over to the Island and up to Campbell River to visit my son, who had just moved there. I wasn’t really planning on doing any fishing as I had heard that with the low precipitation this summer the mid Island streams were low and closed to fishing. Well there was one stream open and on a bright sunny Sunday morning we headed to the Fly-fish only section to see what we could find. He had caught some pinks that week and we were hoping to maybe tangle with a few. I was running an intermediate sinktip with a 6 foot leader of 12lb maxima. I’m a rookie at fly fishing any salmon but I was well aware that for pinks it was a good idea to use pink flies. I had tied a box of flies for my son to use on the island and he had cranked out another box of flies once he settled in and talked to a bunch of folks. He offered to supply me with some but I said I’d dig through my boxes and see what I could come up with. Anything pink I had was woefully small nymphs so I confirmed with him that they sometimes will go for green. I tied on (and normally I would not admit to this) a green mop fly! All I’ll say is over the next few hours I lost one fly on bottom, another is in the lips of a pink and three more were destroyed. I think a pink mop fly tied with Kevlar thread might just be the ticket. That mop noodle flopping around in the current really seemed to piss off the Pinks. 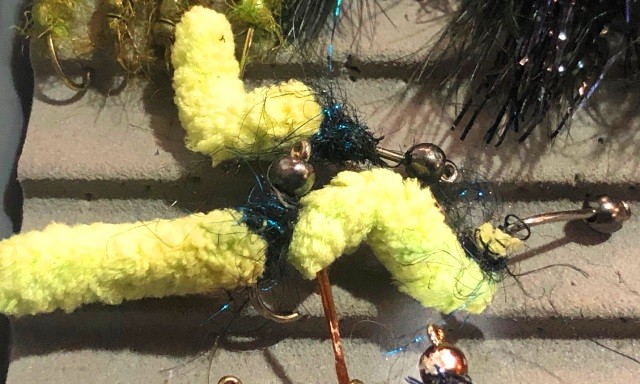 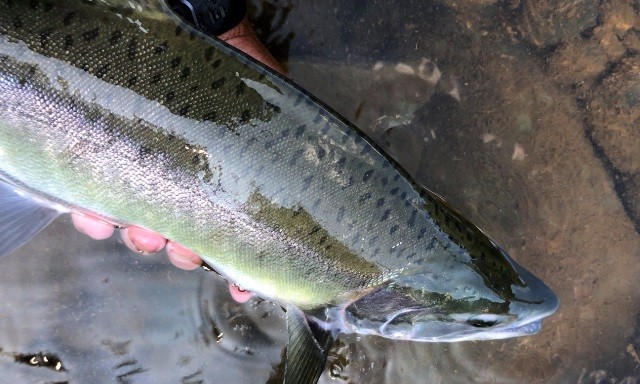 After that it was a little fun in Vancouver, back to Kamloops then the long road home to Fort St John. I worked three days and then right into a four day long weekend. You have to ease back into work you know. With the four days the first two I set up on an island in the middle of the Peace River and tried to unwind from a hectic work week. Back to the Peace River rainbows, whitefish and Bulls. I woke up the second morning to a fogged in valley and mist in the air. I got the fire going to warm up and as I sat there watching the river I noticed an increasing amount of fish boiling at the surface. I walked down and sure enough the cool, damp grey weather had mayflies popping up all over the back eddy. Once in my wet, cold waders I had about an hour of awesome action on a dry fly. I’m sure there were some Grayling and Rainbows in the huge pod of fish but all I caught were the Mountain Whitefish. The sun burnt through the fog and just like that it was over. I switched to a size #14 mayfly nymph figuring they must still be active subsurface and was rewarded with a heavy tug. I knew it wasn’t a rainbow because it didn’t launch out of the river but it just felt too heavy for a Whitefish. Turned out to be a 3-4 lb Bulltrout hooked right in the upper lip. Surprised the hell out of me. I decided to make that my last fish of summer and packed up and headed home. Time for fall fishing though I’m not sure I’ll be getting many days off … They figured it out! 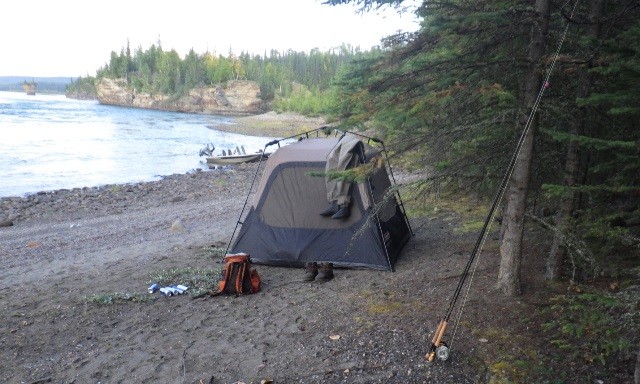 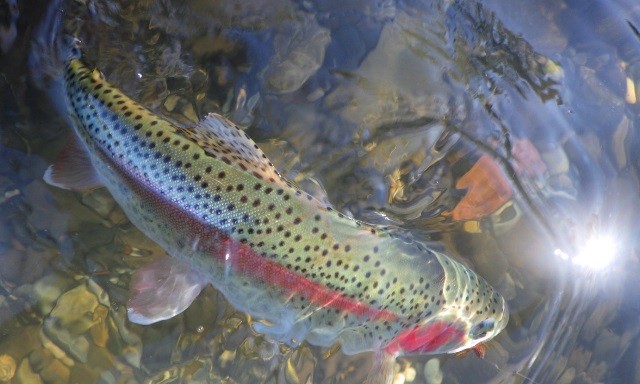 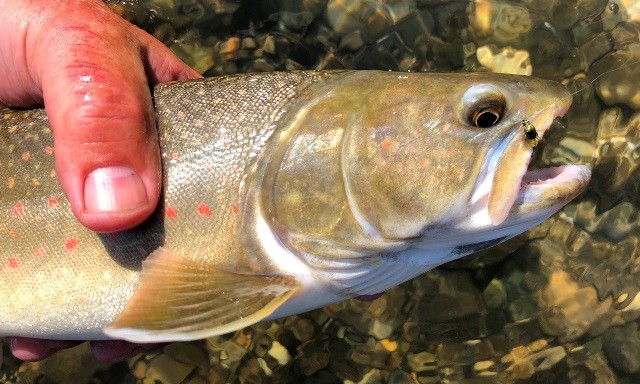 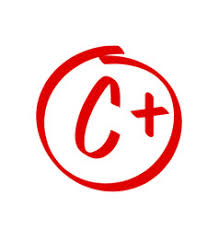