You are Here: Home >> Blog Posts >> Fishing Reports >> Schools Out for Summer

Schools Out for Summer 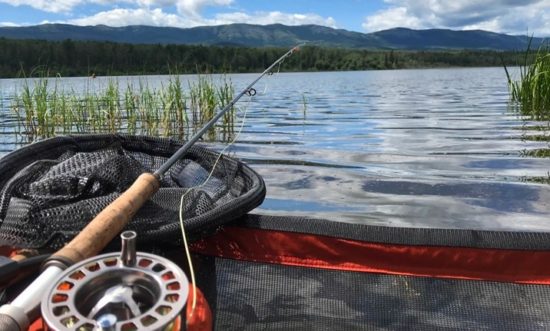 Schools Out for Summer
Northern BC Summer Fly Fishing Report 2018

You know that feeling you had in Elementary school as you cleaned out your locker on the last day of school? Loading everything into a garbage bag because mom wanted to see everything from the year. There you were lugging that bag home but it didn’t matter as you were now free for the summer. Free, free ,free to hang out with your buddies and play, swim and fish. That was one of the all-time great feelings. Well after almost 2 months of 12 hour shifts 6 days week I was now FREE and it felt just the same!

First thing on the agenda was to head out fishing with my son. We targeted a lake that I used to fish loyally but hadn’t in seven years. It had a pretty bad Winterkill four years ago so we were hoping that the stocked fingerlings had gotten big and fat on the extra food over the last four years. The access to this lake was always iffy and I probably only drove all the way to the lake (in the Mean Green Fishin” Machine Cherokee) twice. Most times it was get as far as you could and hike in with the tubes. Timbre’s new purchase was going to be a game changer. Enter the Razor side by side. 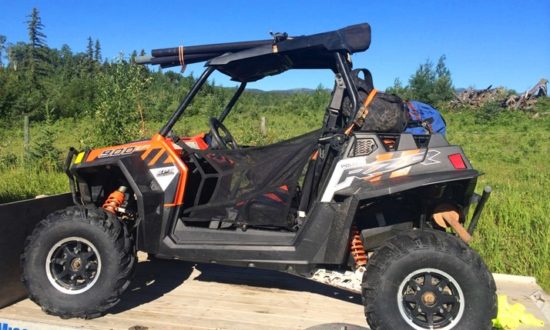 When we got to the lake, after much mud wallowing, first thing I noticed was it was probable a foot and a half higher than I had ever seen it. We had to launch through the shrubbery. Not only that but we had to risk both ankle and fin to get through tadpole invested water. 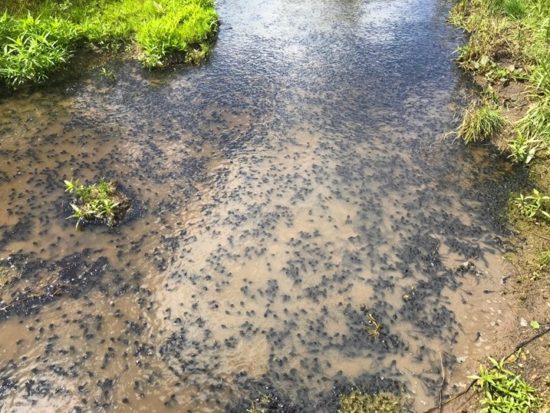 As we were prepping our tubes I was scanning the lake for any sign of fish and I wasn’t seeing any so that had me a little worried. After kicking out past the first wave of weeds I started down the side of the lake but dropped anchor right away as there was a massive chronie hatch where I was. I threw on a black and silver ice-cream cone and within minutes indicator down and I was hooked up to a fat 16 inch fish. Timbre came over and started setting up his indicator rig. I didn’t get another hit right away so being impatient and wanting to check out all my old haunts I pulled anchor and trolled off with an intermediate line and a dragon. I left Timbre there and headed across the lake to another former hotspot. I had a big hit in the middle of the lake which reassured me that, yes, the fish had survived. I caught another 16 inch fish but I could hear Timbre hootin’ and hollering over at our launch site. After 3 hours and limited success I headed back across the lake where I got another big hit in the middle of the lake.

When I got back Timbre tells me he had an hour there where he caught three fish over 20 inches with the biggest 24”. I asked him on what and he showed me his dark chronomid with florescent orange ribbing that he had tied. 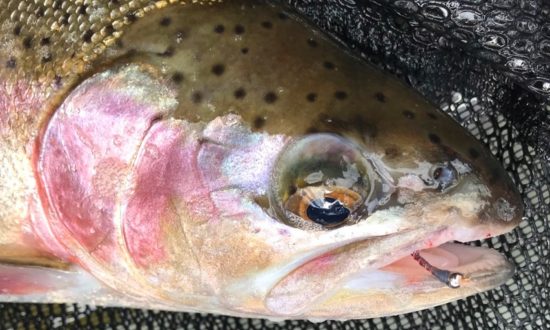 We fished into the evening never leaving that corner and fish were caught. I’m thinking the fish might have been there picking off tadpoles but who knows. Me catching fish in the teens and Timbre ending up with 7 or 8 fish over 20”. Schools Out but I got schooled. 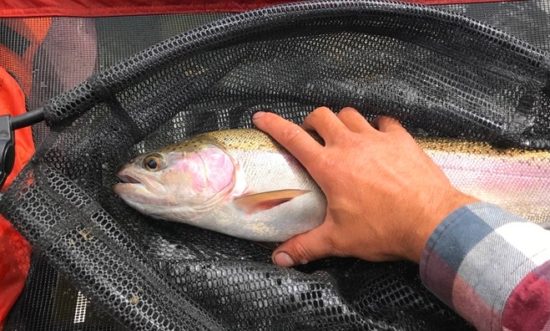 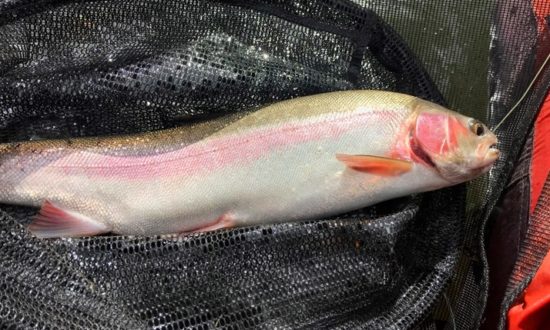 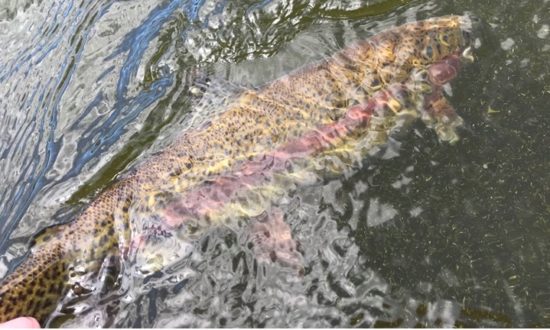