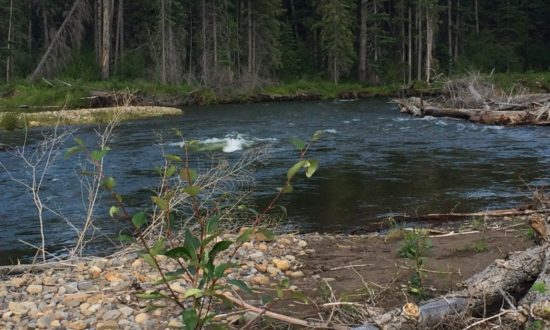 To be honest the only thing I want to invest in right now is more fishing. With the weather hot and the lakes around here pretty warm, it’s time to fish rivers. With a Fishin’ Friday available, a plan was cobbled together to head for the Rockies and do some Tributary fishing. With last weekend’s monsoons dumping 100 mm in 24 hours near the mountains, it was a bit of a gamble. Hot and dry all week was going to bring the levels down but how much?

We were going 110 kms in off the Alaska Hyw and right into bear country. In my younger days I used to explore this area with only my Malamute/Wolf cross as my bear deterrent. As I got older and wiser, well I don’t know about wiser, I became more wary. I started to assemble a group of fishing buddies that packed heat. Enter Matt, he knows this part of the river system really well and I had no problem following him … and his gun!

This is a two rod river, in that, you are targeting small to 2 lb Rainbows, Grayling and Whitefish. The reason for a second rod (preferable a 8 Weight) is the possibility of running into a 20 lb plus Bulltrout. The light rod set-up was a 12 foot tapered leader down to 5
lb tippet and an air lock indicator. 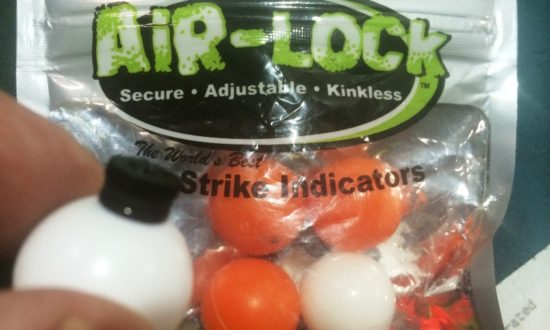 In lakes I always run quick release indicators because of the length of the leaders but on these small systems the pools are rarely deeper than 8 feet. With the airlock you can adjust up and down your leader easily and it doesn’t kink your line. You can also flip back and forth from nymph to dry by spinning it on or off. For the big iron I usually use an 8 weight with a 12 ft sink tip. Knowing that the water was going to be higher I opted for a Type 6 full sink with a 2-3 foot leader of 20 lb Maxima. Big fish near logs or heading down stream where you can’t follow dictates the heavy leader. We were using 2-6 inch minnow patterns tied on with a non- slip loop knot.

When we got to the river it was higher than normal but running clear. It became obvious that we wouldn’t be able to hop scotch across and back on the shallow riffles. We were pretty much contained to the side we arrived on. Bush whacking was going to be required to get around logjams and banks. It’s a little eerie slogging through the heavy shrubbery, over your head, in bear country. Every now and then it would open up a bit and we would find ourselves in big berry patches. I was always relieved to drop out onto the river.

We caught a few Grayling, a ton of Whitefish but no Rainbows, which was a little odd. After 7 hours of working our way up stream we made it to a really nice run that dropped into a big pool. This was going to be as far as we would hike. Matt had caught a nice Bulltrout, a ways back, when it shot out from under a log jam and nailed his minnow fly. This however appeared to be a prime, big fish hole. My 7th swing through I started stripping in ( and the ol’ story) I thought I snagged bottom. Nope big Bully. We took turns swinging this pool and we both caught 2 nice fish, before packing up and making our way back to the jeep. Matt caught his on a little minnow fly and my producer was a Dirty
Rabbit articulating fly. 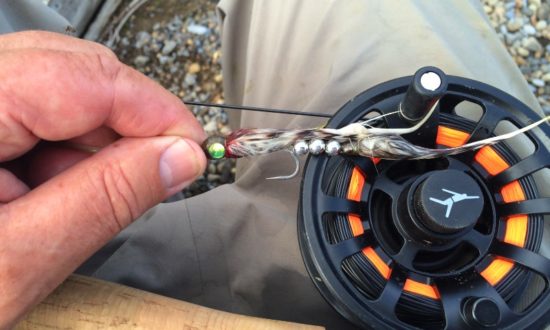 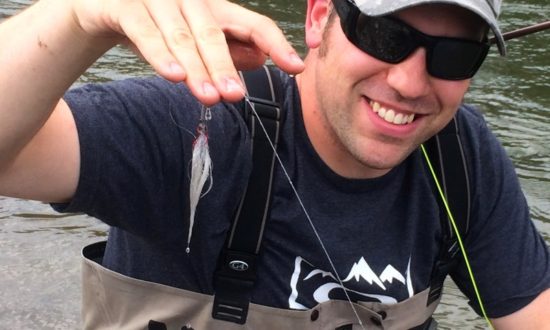 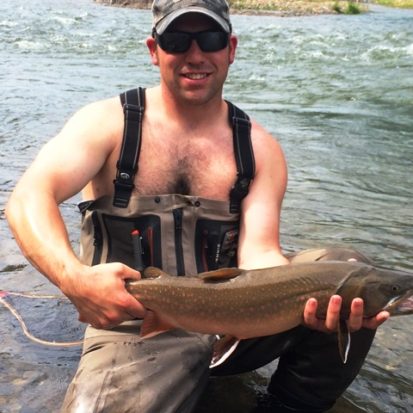 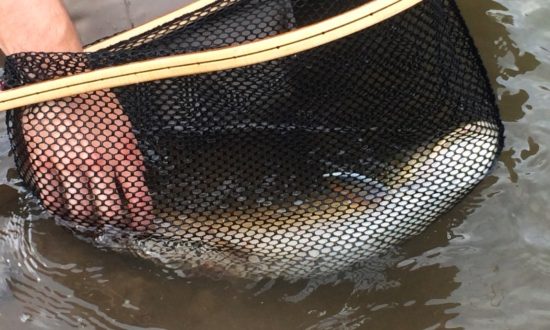 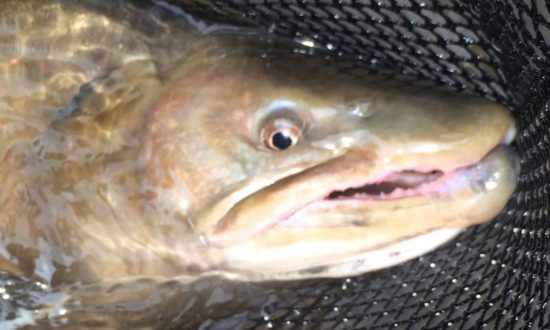 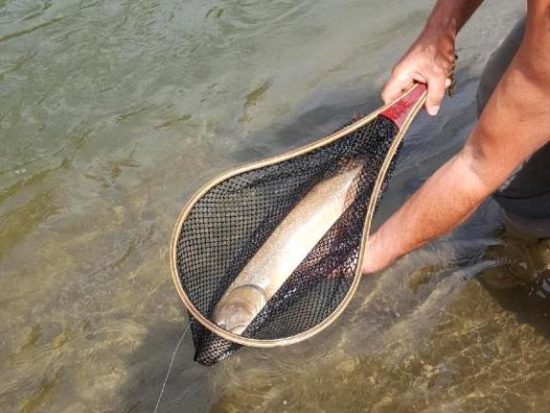 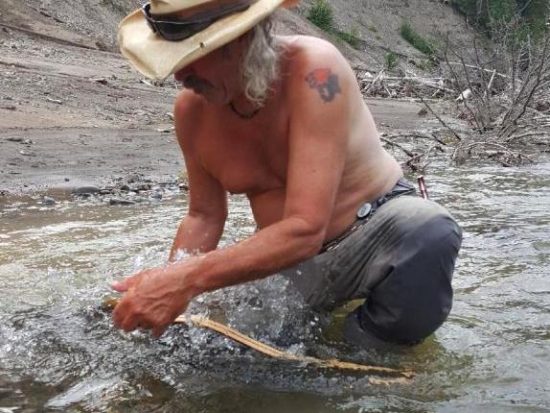 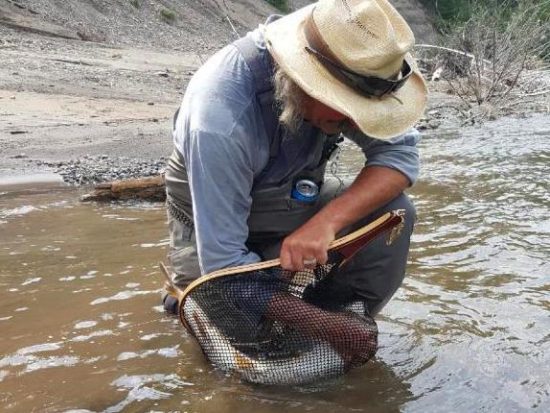 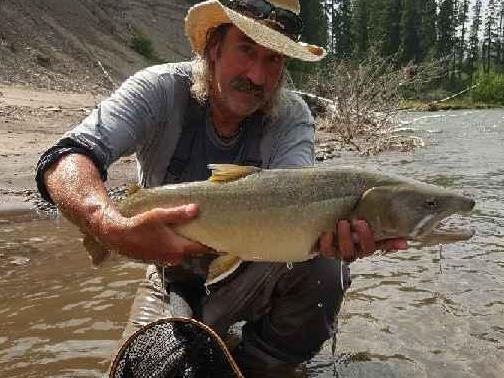 And in financial news today, the markets closed on a bullish run!