Well I hated to leave with my last post on such a negative note so I’ll tell you that my son Timbre and I went out to the Peace River last weekend and had a good day! The river was rising (came up three feet in 4 hours) and the fish were biting! 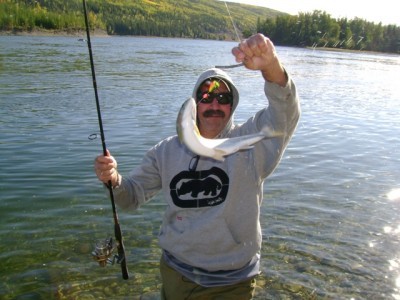 We were using Hoochies and Spin’glos bottom bouncing. Timbre hooked the first fish and it was a real nice rainbow around three lbs but lost it as it jumped three times in a row by shore! We were both disappointed as you only see rainbows that size every now and then. Well we hooked 6 more and landed 4 all 2.2 -3.5 lbs never have I seen that many big rainbows on one trip! 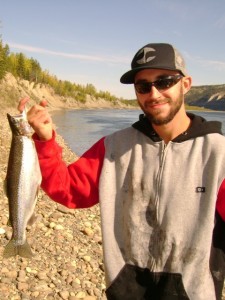 These rainbows were so aggressive that on one cast Timbre lobed his double pencil weight and Hootchie out into the river and the moment it hit the surface a rainbow nailed the hoochie. It jumped four times in a row and spit the hook.

We kept one for supper and as I cleaned it I noticed the stomach was really extended. Thought I’d cut it open and see what she had been gorging on. Well to my surprise instead of beetles, stoneflies or caddis out plops a big black mouse! 😯 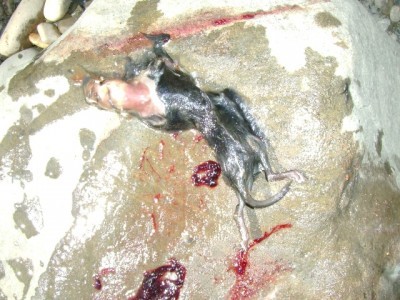 Well there you go, a good fishing story (except for the mouse part) to make up for that horrible trip I had with Murphy last time!