Fly Tying on the Dark Side | The Mop Fly 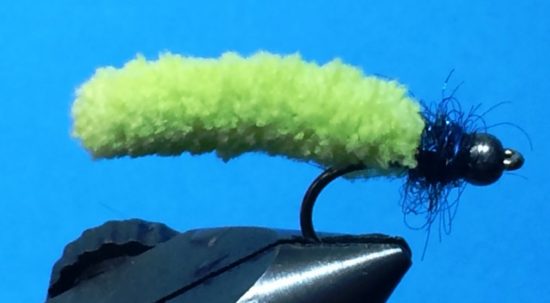 Fly Tying on the Dark Side
– The Mop Fly –

Well I’m into the Dog Days of winter so I decided to take a little walk on the dark side of fly tying and fishing. At this point I recommend that all the dry fly purists look away lest their heads explode. I’ve been hearing lots lately about the mop fly and decided to investigate a little closer. It appears to be one of those flies that polarizes folks into two camps: Love-em—Hate-em.

Before we get into the Mop fly’s evil incarnation let’s look at some other flies that have been vilified through history:

Tying on the Dark Side | The ALEXANDRA fly … 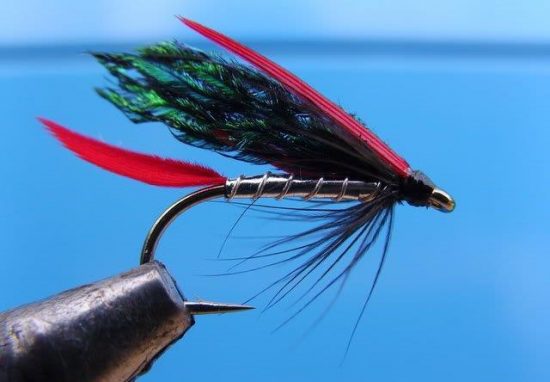 This fly came out of Scotland in or around 1860 and was initially tied for lakes hence it’s other name “Lady of the Lake”. It also proved to be effective in streams and the fly fishing purists of the time derided it as not representing any of the insect life available. They did concede that with the silver body it might be a minnow like pattern but that
wasn’t enough to prevent it from being banned on many English waters. With time however the use and popularity of the “lady” fell to the point that it is rarely found even in the remote corners of the still water anglers fly box.

Tying on the Dark Side | the BOOBY Fly … 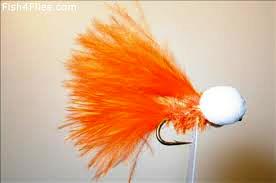 Here’s another fly, developed in the 1980’s, that is banned even today on some English waters because of a tendency to hook fish deep when left static just off bottom. A constant retrieve solves this problem which begs the question “is it the fly’s fault or the fisherman’s”. To decry a fly “bannable” simply because it floats underwater is really a slippery slope. Extending that logic could put beloved stillwater fly patterns such as the deer hair gomphus, foam dragon & floatman at risk of exile as well. And what about fly fishing patterns built to sink? Could not the reverse logic be used to label them as unacceptable?  Regardless, and despite the shunning it still receives from purists that just can’t bring themselves to accept it, the Booby fly continues to be popular to this day.

Tying on the Dark Side | The MOP Fly …

Tied from a noodle off a dust mop the mop fly has apparently fallen into the dastardly “dark side” group of flies. This American development  has been smeared as a fly that takes no skill to tie or fish and really doesn’t represent one particular thing. However, like other fly patterns in its group, it catches fish whether drifted, dragged, dangled or drowned. Ya I don’t want to try anything like that!

The Mop fly has also been linked to helping win the US National Fly Fishing Championships last year. I’ve even seen fly tying videos where the tier has a buff covering his face, most likely as a joke but you can never be too careful these days. 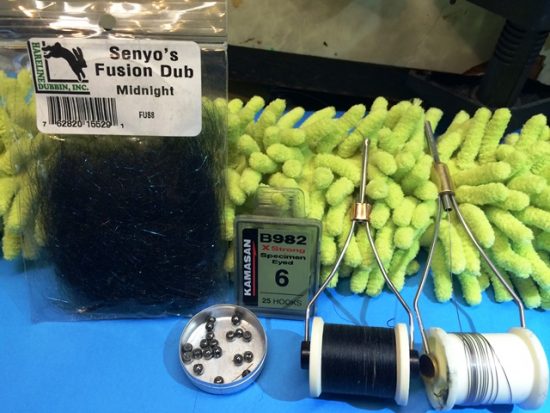 The Mop fly is as simple a fly as there is to tie. Materials simply include Hook, Bead, Mop Noodle and a bit of Dubbing. As for tying instructions: Tie in the mop noodle behind the bead and dub over the tie in point. Ha … that’s it! 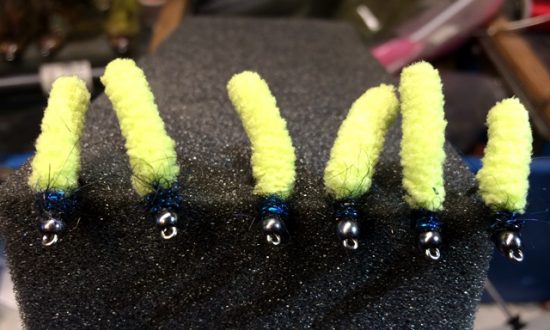 A Dusting of Mop Flies 😉

I haven’t tried the Mop fly yet but plan on hitting some rivers and streams with it this year.

So that’s about it for the Mop fly, but since I’m already over here on the dark side might as well crank out some Squirmy Wormies. 😉 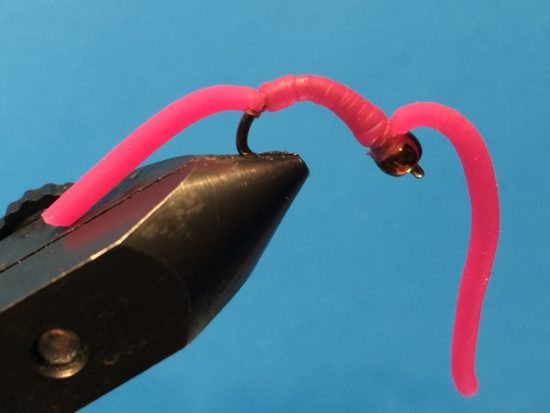 Is winter over yet?