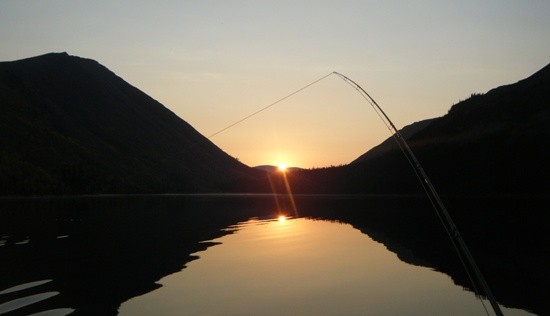 Well the boys got back from their hike up into the Rockies at the end of September and I thought I’d post a report for Steve.  They were sure jacked to head up to this lake and it turned out the weather & fishing were fantastic! Check it out!

This time of year this far north they could’ve easily been snowed in but as the fishin’ gods were smiling on them what they ended up with was day time highs around 25C. The other thing with these mountain lakes can be the wind but as you can see in the photos no problems there.

So here’s the deal having never been to this lake they went with the reports that it took two and half hours to pack in. With that in mind they loaded their packs with food, clothing, libations and fishing gear. There were two boats up at the lake so no need for tubes. Good thing. Well to make a long story shorter it was a four and half hour slog up loaded and two and half hours coming back down empty!

Fishing was good with some real nice fish. They caught a few trolling to productive spots with the usual suspects, leeches and dragons. They had most of their luck anchored and running micro gold bead head leeches in black and maroon. Steve says the water was super clear and they were suspending their leeches at 12 ft in 25 ft of water just off the shoal. As you can see there were a bunch of double headers and some triple headers too! Steve had brought his elk bugle with him and every morning he said he riled up 4 or 5 bulls around the lake. With the bugling and the wolves howling you know you’re not in the Walmart parking lot that’s for sure. Plans are already being made to go back next July and see if we can hit the caddis hatch and some explosive top water fishing. Might just have to line up some pack horses and do it in style.

Here’s some pictures … hope you enjoy! 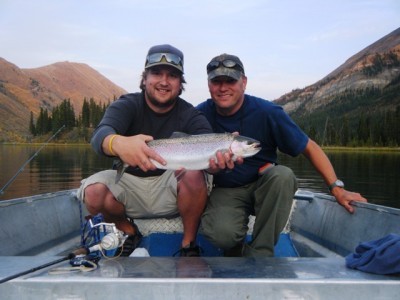 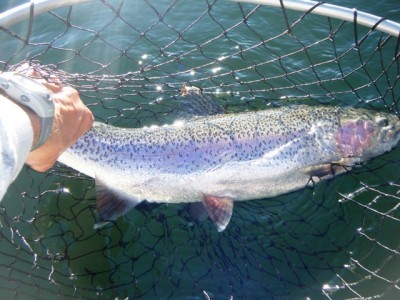 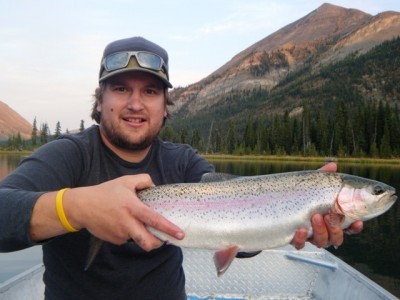 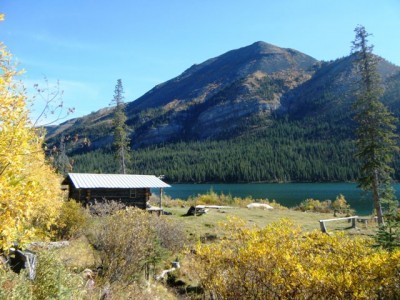 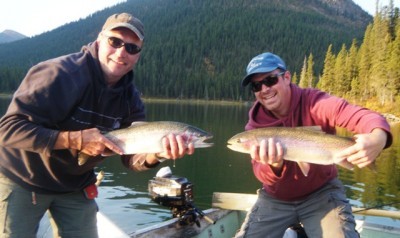 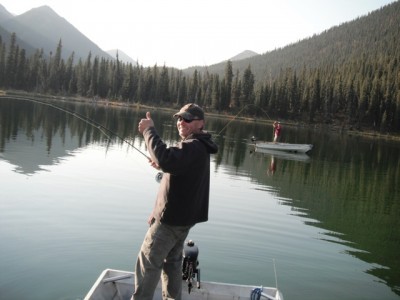 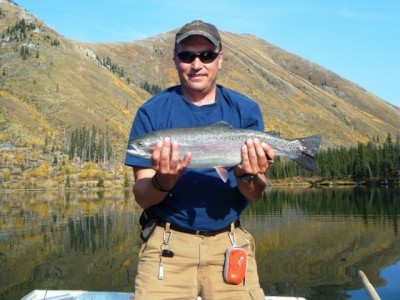 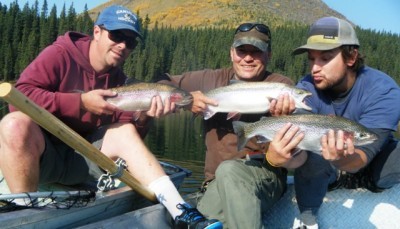