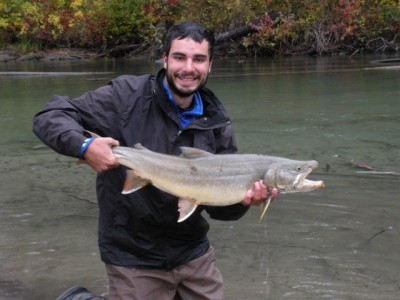 Well I was fortunate enough to do be able to do some fishing in a remote location in BC and it sure was good fishing!  The river was loaded with many rainbows and bulls that followed the run of sockeye salmon up. 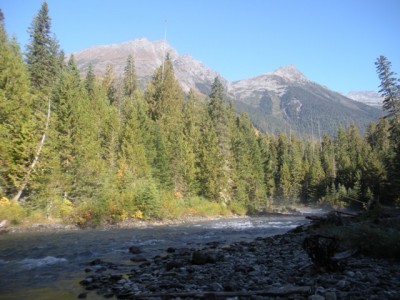 ... they don't call it beautiful BC for nothing! 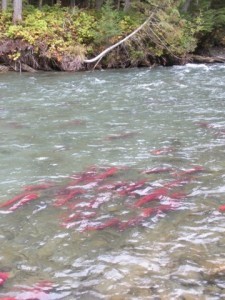 A Northern BC river stacked with spawning Sockeye salmon!

There were many, many big bull trout and rainbow trout this year and some of them were real beauties too.

Most locations on the river you could see the rainbows and bulls holding and you could site cast right to them and watch the take and everything.

I caught most of my fish on a small egg pattern as well as some on small flesh flies.  By the end of the run, the fish were so fat from over eating the Sockeye eggs that they would not even touch a fly.  You could bounce it right off of their heads and they would not do anything because if they ate another thing they would probably explode. Talk about some fat fish! 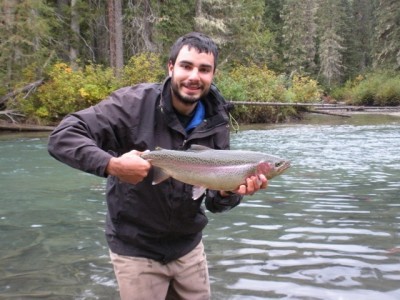 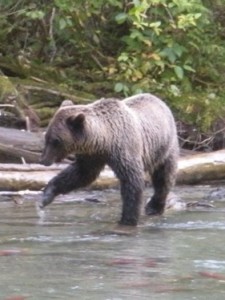 Due to the abundant amount of Sockeye salmon that were migrating through there were many many grizzly bears on the river this year. And although I had some I had some close calls 😯 it was sure nice to see them doing their thing.

I was very fortunate to be able to see these giant silver back bears doing what they do best in their own back yards! It was something that I’ll never forget – especially when I got to observe them fishing for the salmon!.

I also managed to get a short video clip of one of the bears while he was on the hunt! It was very exciting but a bit scary being that close at the same time! Anyway here’s the video – I hope you enjoy it!

All and all, it was a great trip and I look forward to going back sometime in the future…..It’s coho fishing time now so time to catch some silver bullets so stay tuned!

As usual you can view all the pictures form this years adventures on our 2010 Gallery pages!