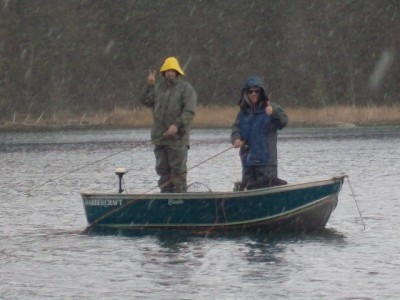 Yikes! Snow shmoe – it’s May and the chironomids didn’t seem to care about the weather so we gave it a shot … and it panned out! 🙂 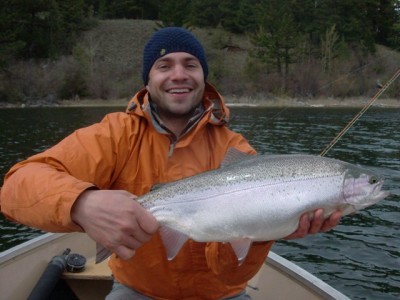 According to the reports coming in, and despite the crazy weather we’ve been having lately, the ice is off most of the lakes under the 4000 foot mark. More good news is that most of the lakes under 3600 have turned and are starting to fish well with lakes like Jocko, Pass, Heffley, Campbell and Scuitto really starting to come on strong! As for the lakes between 3600 and 4000 feet … well … could be good if you catch em right at ice off but could be bad as well … our advice is to stick with the many productive Kamloops area lakes under 3600 for a while yet.

And speaking of productive Kamloops area lakes … last weekends adventures took us to a couple of our favourites where we were fortunate to experience some of the best chironomid fishing that we’ve had so far this year! Using the long lining technique explained on our website, along with the recently discussed black N red and KKK chironomid pupa patterns, we managed to take quite a few porky bows. Throat pump samples revealed that the fish at this level are beginning to feed on chironomid pupae but are not yet gorging on them. 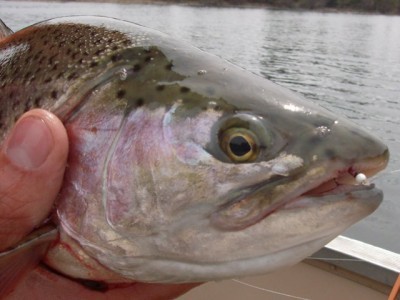 Check out the KKK hanging out of that pigs lip!  Despite the weather it was a great weekend – when you’re catching fish like this you don’t even feel the cold! 😉