Now that’s how you end a day of fishing! 😀 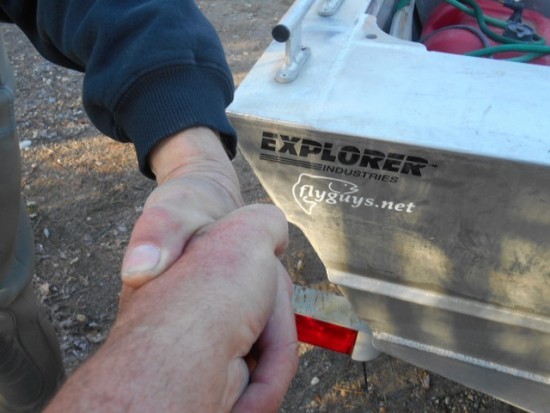 We’re trolling into the boat launch , just as we’re about to reel in a truck whips in and backs down the launch to pick up his boat. I look at Steve and say “ leave your line out I’ll do a figure 8 in front of the launch until this guys out of our way”. I just got turned and parallel  to the shore and my rod bends back. I yelled at Steve to take the wheel as I fight what feels like a decent fish. He maybe was in control for 30 seconds and BAM his rod bends way back. His fish shows right away on the surface and there is no doubt that it’s a nice fish. At this point the boat is shut off and we are at the mercy of the wind  trying to keep to hot fish from braiding up our fly lines. I get mine in the net and thought about trying to net Steve’s but that would have been a net overload! Steve got a quick shot of mine and we concentrated on landing his …all good. 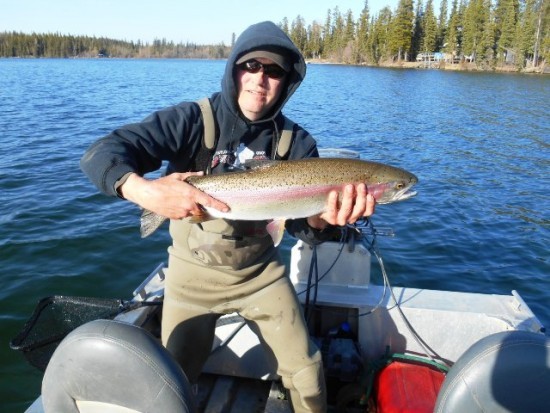 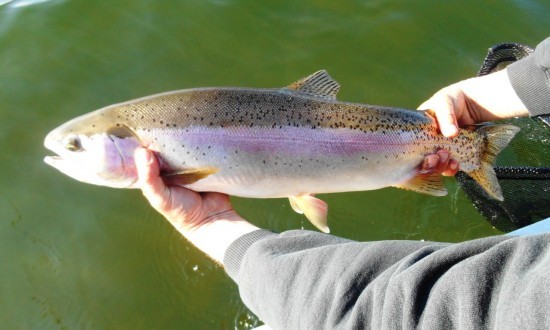 It had been a slow afternoon anchored and running micro leeches under indicators and casting/stripping dragons and damsels so the decision was made to troll into the boat launch. We both put out  intermediate lines and I had on a water boatman. No sooner had we straightened out to troll down the North side of the lake and “Fish on”. Turned out to be the best fish of the day a nice Rainbow around 3 lbs 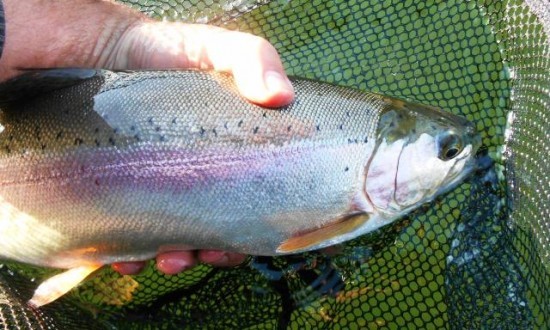 Finally I landed a fish. Nice fat Brookie on a black micro leech. I figure this is the one to bring home to THE ONE WHO MUST BE OBEYED so I open it up and it is packed with Gomphus, Darners and Damsels. Hello time to get the full sink line out and start heaving some Dragons! 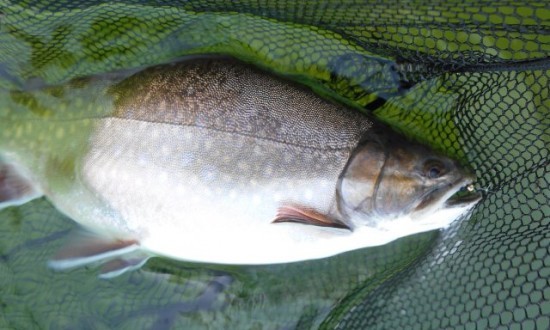 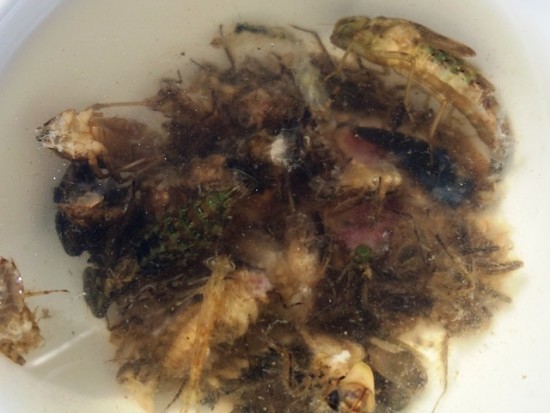 Cruised along the drop off/weedbed looking for fish and Chironomid cases, not much happening so we anchor up and toss out some indicators. I started off with a Kissing Chironomid and Steve with a micro leech. Steve gets the only action and hooks up with a nice little rainbow. 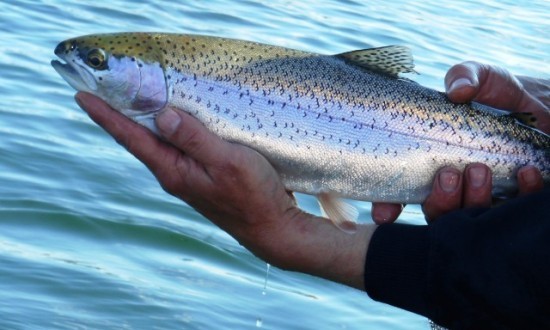 Wake up at base camp  to clear skies, light wind and a touch of frost. Eager as we were breakfast was a couple cups of coffee and on the road. 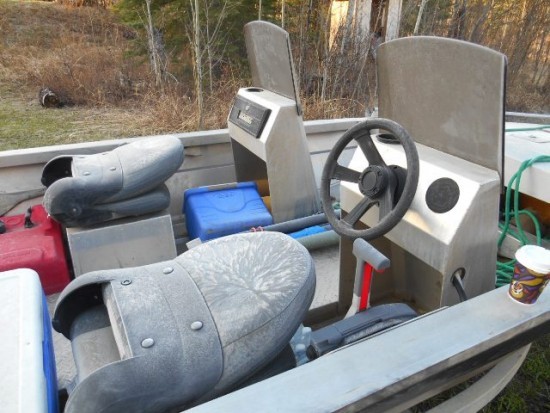 If you’re planning on pounding a bunch of beers, it’s only prudent to get a good base in the ol’ gullet! 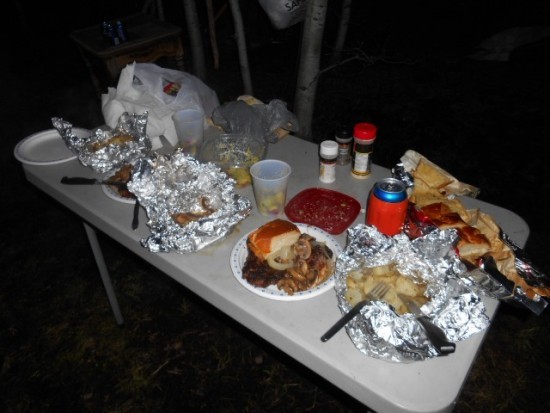 Settled into Base camp – fire going, music blaring and BBQ on warmup! 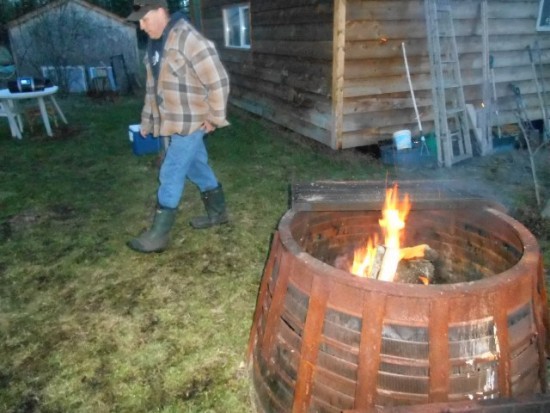 Arrive at Base camp, unload the essentials and have  a look at Steve’s trout pond. Thought about tossing a fly but suns about to go down. 🙁 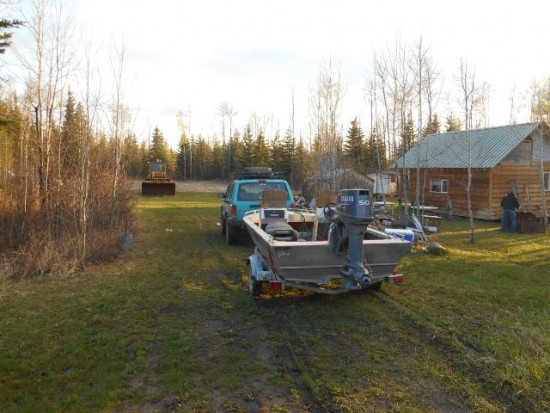 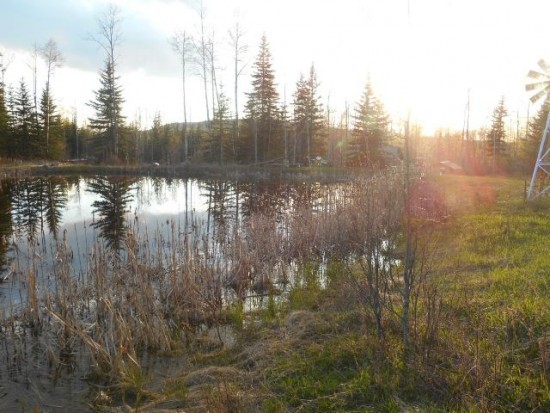 “Steve, I’ve got Friday off. Was thinking of going out to your cabin Thursday night and putting in a full day Friday on the lake. I know it’s crappy right now but the weather reports are for it to smarten up and be quite nice. What do you think?”

“Giddy up, call you tomorrow and we’ll work out the details.” 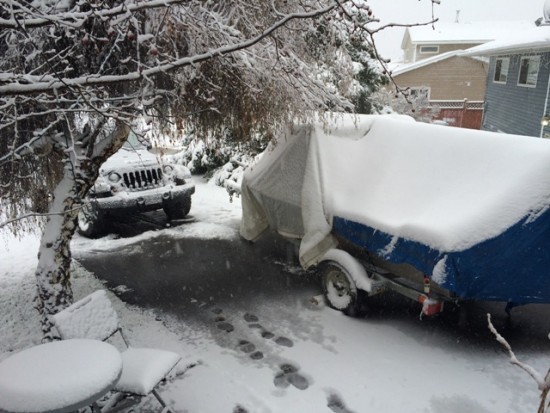 One Response to 2015 Fishing Spring BC Northern