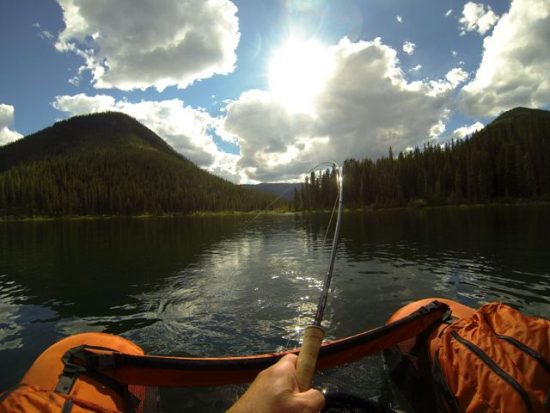 Palace in the Sky | BC Alpine Fly Fishing Report 2016

Palace in the Sky
BC Alpine Fly Fishing Report 2016

Well after a 1 year hiatus it was time to head back up for some mountain alpine fly fishing.

Guide cabin and horses were booked well in advance and as the date approached  the only concern was the river level. We have to get across before we can start the climb. There was 6 of us going
which required more food and beer. I’ll be honest here, the extra food was hardly a factor in adding another pack horse.

We arrived at the outfitters mid-morning and all systems were a go. After unloading supplies and filling up the pannier boxes we found there was still room so each of us got to lighten our packs a bit. Bonus. The river had dropped enough that we were able to all pile in and on the old truck and get driven across the river. The river is over 200 feet wide at this point and I’d be white knuckled if I took my jeep across. In fact I’m sure I’d never attempt it but the old Ford, loaded down, rumbled  downstream and across no problem. Might have to do a video next time trolling a fly across. Anyways getting driven to the trailhead knocks off 45 minutes of hiking over hill and dale. 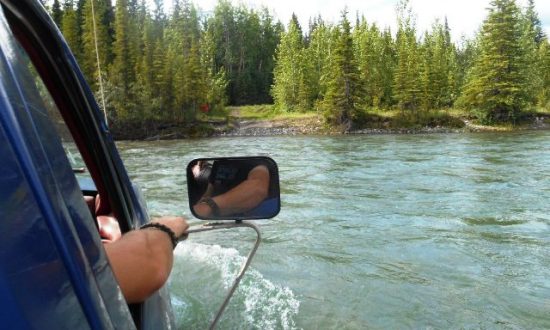 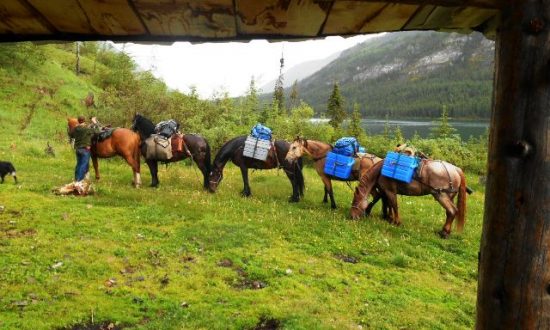 The hike up went well and we beat the guides and horses up to the lake.

One of their dogs, a young coon hound, was the first to show up and we understood why we heard him baying behind us on our ascent. He had about 20 porcupine  quills sticking out of his lips. Unknown to us this was a precursor for the trip. When the pack train did arrive, the first thing one of them did was grab a bottle of bleach and head to unlock the cabin. He told us they had been up a couple days earlier to check things after the last guys there and found a porcupine in the cabin! It chewed the inside of the door plus shit and pissed everywhere. They had cleaned it up but the smell was still eye watering. We pointed out his hound and he told us,” Ya that one never learns. This is his 5th porcupine this year.” At this point he pulled out his leatherman, called the dog over and removed most of the quills. The hound just sat there with big sad eyes and didn’t even flinch. The last time up we had sheep everywhere so we named the cabin Mutton Manor but with this start the new name became Porcupine Palace.

For the next four days mayflies popped, we fished  hard,  we ate and drank like medieval kings and generally had a great time. 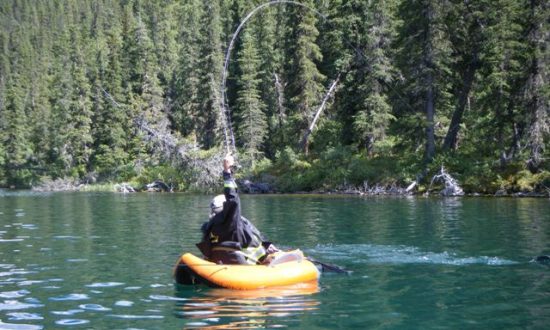 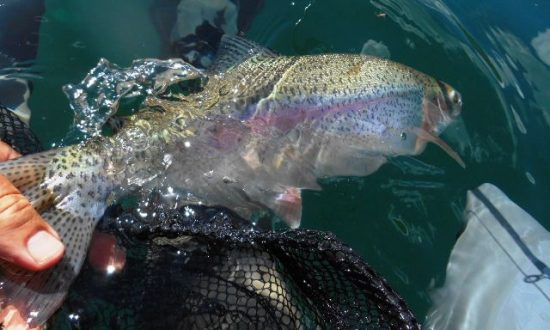 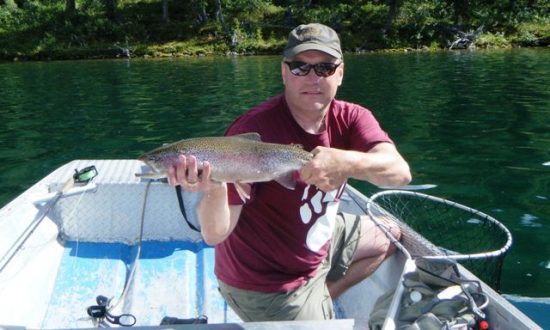 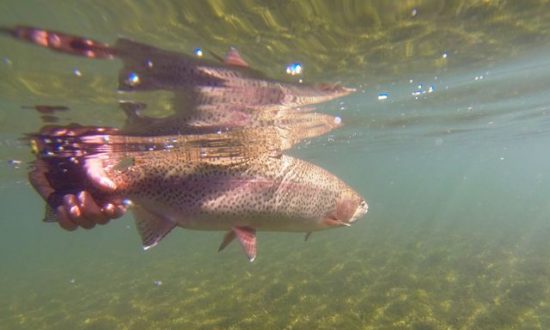 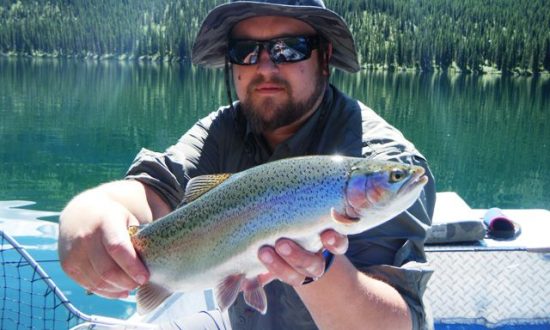 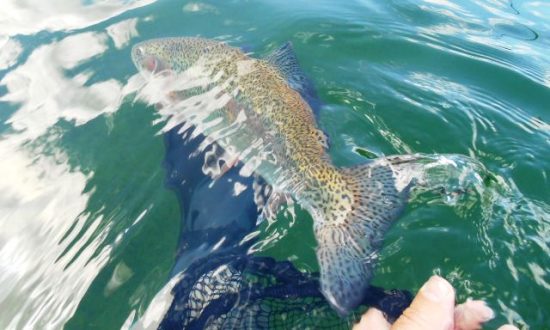 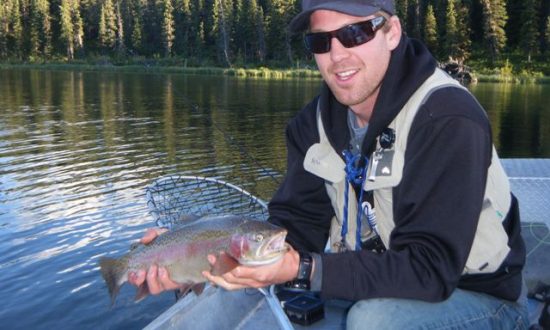 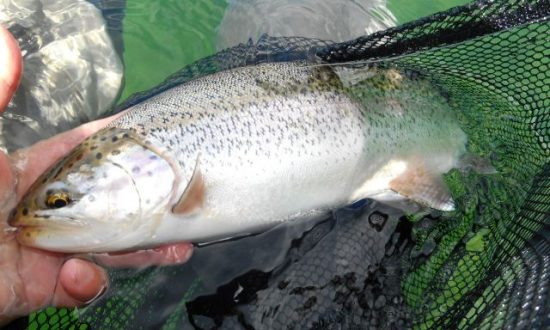 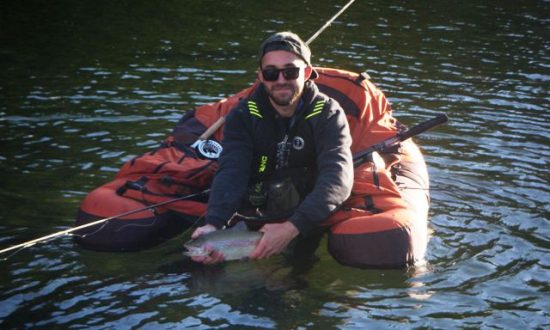 Timbre, Shepps and I did get caught out in the lake ( in our tubes) one morning in a hell-bent thunder storm. We made for shore and hunkered down with lightning flashing and hail pounding for 20 minutes. There was such a temperature drop and so much hail in the water that my tube deflated by about 20%. 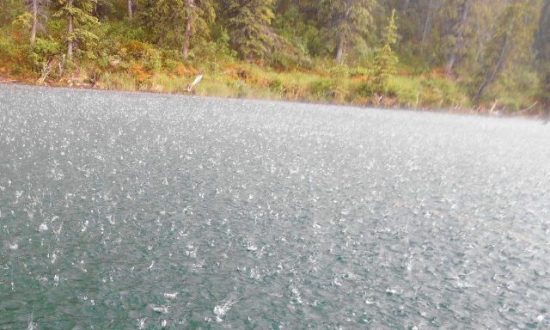 When it was over the boys, who had hunkered down and fired up the stove in the cabin, delivered some bacon and egger sandwiches. Gotta say those were the best tasting things ever plus the heat radiating through the tinfoil warmed the hands nicely. 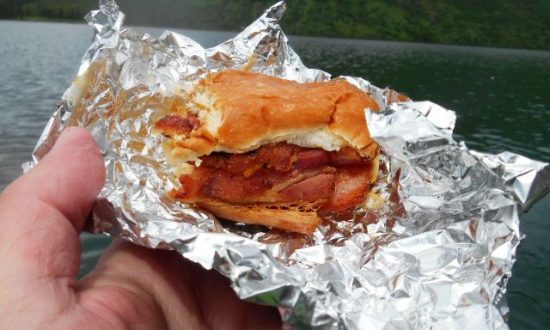 As a final note the porcupines weren’t done with us yet. The last morning Timbre came back from the outhouse and all he said was “Nope” I went to have a look and a porcupine had been eating the treated plywood. There was porcupine diarrhea spread from one end to the other. Kind of a parting gift if you will.

This was just a summary as there was just too much fun had to recount it all and so many more pictures that we could have shared!  To leave you with just a bit more here’s a short video collage that we put together …….

Too much fun! If you ever get the chance give BC Alpine Fly Fishing a try and maybe you’ll find your own Palace in the Sky!