You are Here: Home >> Blog Posts >> Fishing Reports >> Anchors Away! 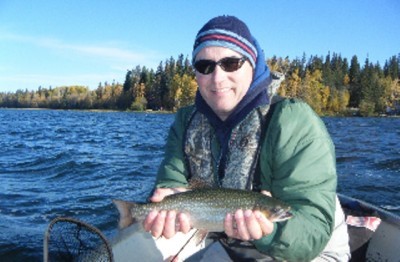 Fall Fly Fishing in Northern BC!

Fall in the North, in a good year, is Labour Day to Halloween. Mess around too much and you miss it altogether!  With that in mind Steve and I headed out to Base Camp after work on Thursday excited about a shot at hungry fall trout!

We knew it was going to be windy on Friday but when isn’t it windy on the East Slope. I’ve read plenty of articles on how wind can be a good thing and how to approach fishing using it. I’ve always had good luck wind drifting flies so off we went Friday morning to the lake not overly concerned. We got to the lake and things looked pretty good with just a steady breeze. By the time we got the boat rigged and in the water though whitecaps were forming. 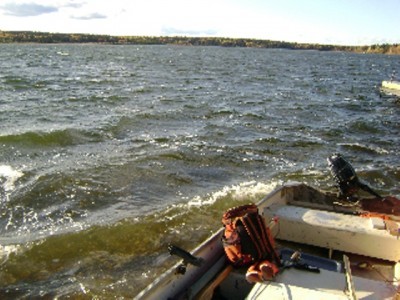 The wind was coming out of the West which was fine as the best fishing is on the West side of the lake and would be more protected. Before we reached the West side the wind had increased to around 40 km and things were rather rough. Just as we were scouting out a spot on the edge of the weeds/drop off the wind shifted from the South. And so began a day of boat jockeying trying to find a sheltered area of the lake to anchor. We’d just get anchored and cast out the indicators and the wind would shift causing the anchor to let go. On one occasion we just kept re-casting until we noticed a small island of weeds following us wrapped around our anchor rope. Imagine, if you will, trying to untangle a clump of weeds the size of a big round bale from the rope just so we could pull anchor! It just kept getting windier and windier so we spent the rest of the day( 8.5 hrs not easily deterred) trolling from calmer spot to another as the wind continued to shift from West to South and back. By mid day the gusts were in the 70 km range and I had duped Steve into letting me run the outboard. Moving to the back lessened the amount of spray I was wearing!

I’d like to say we still slayed trout but the reality was 8 fish hooked and 5 landed. Most were Brookies using waterboatmen, leeches and dragons. None were over 2 lbs. It’s funny , as fishermen, how small things will keep you going! 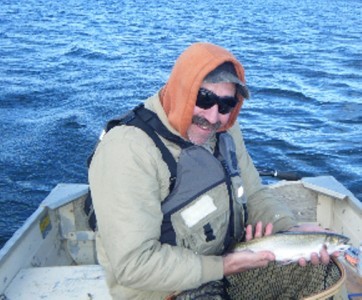 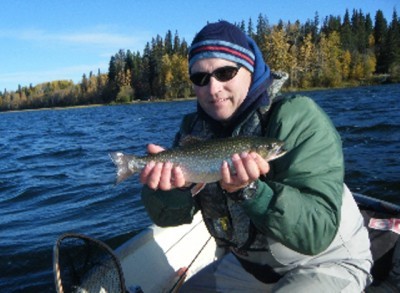 At one point as we were bashing our way down the lake I saw what looked like a Chinook salmon clear the water about 200 yards in front of the boat. Without needing to embellish the thing had to of been well over 15 lbs. I know that one sighting kept me out there for another 4 hrs of kidney bashing. Highlight of the day was getting back to camp, firing up the generator, pulling up the cooler and watching the Lions hang a lickin’ on the Esks on satellite! 😀

I’ve also included some shots of a few curious visitors at base camp as seen from the trail cam. 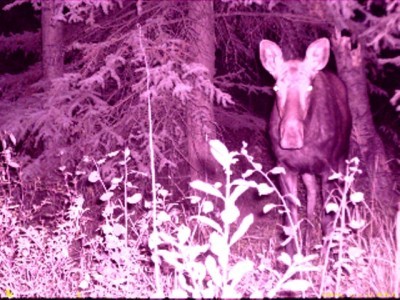 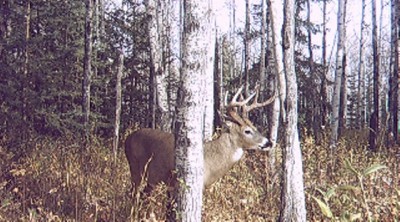 As a side note, woke up Saturday morning to dead calm …  😕 … missed it by that much!