… BC fishing, it’s not always about the fish! 😉 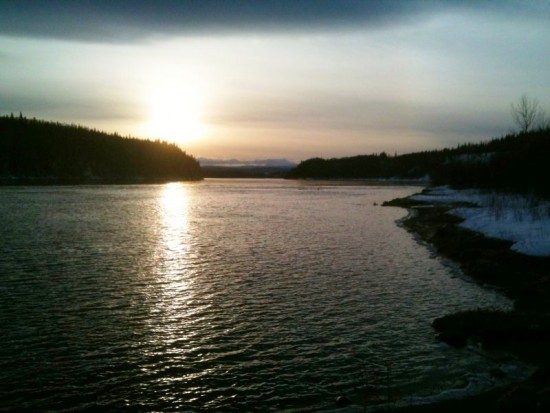 Well the end of 2013 fishing kind of fizzled out for me. No fishing in November or December! I know some of you are thinking,” Ya no big deal,” but for me that’s the first time that’s happened in about 35 years. I love winter fishing whether it’s hard water or out on the Peace River , which never freezes up near the dams. 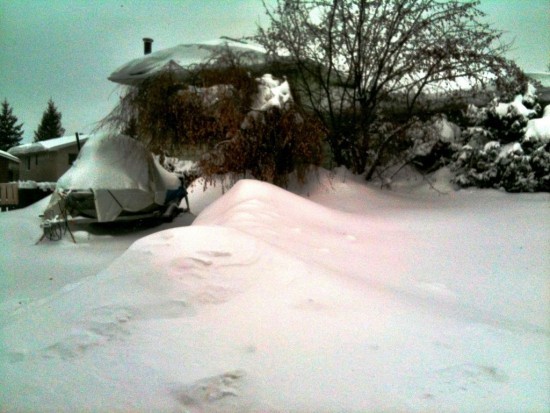 As usual there was more than one factor at play in this situation. For one, both November and December were F’ing cold! Most days the daytime high was around minus 23 Celsius with nasty wind chills in the minus 30’s! 😯 Not much works, including me, in those temperatures!

The few days that got near 0 degrees I was working or busy. And let’s not forget about the near record snowfall in December … 120 cm dumped in wave after wave of blizzards! Definitely a winter I’d like to forget about!

As for the other major factor, some lowlife took it upon himself to bust the window, hot wire and relief me of my jeep! I tell you it’s a sinking feeling standing at the end of your drive way in the dark, keys in hand and nothing to start. The cops were at my house in a second, which I found odd since it was crew change for them. This was when I found out that someone had driven through the front doors of our Mall and crashed a vehicle into a high end glasses/watch shop robbing it. For a second there I had a vision of the mean, green, fishing machine smashing through glass with a bunch of yahoos filling her full of stolen merchandise. A little later that morning I heard that it was a stolen grey pickup that had been used. This didn’t make feel any better as I now  thought it was probably in a car hauler and over the mountains or in Alberta.

I moped around for a couple of days feeling like someone  had shot my dog. Not only was the jeep gone but so was three fly rods, four reels, waders, most of my flies and a ton of other stuff to the tune of around 4 grand. BUT… my fishing Jeep was found few days later and other than a broken window, dome light and thrashed ignition, not a lick of damage! They didn’t take a thing out of it. Talk about luck of a FlyGuy! Long story short between the cops going all forensic on it and ICBC and my mechanic having a go around it took 7 weeks to get her back. 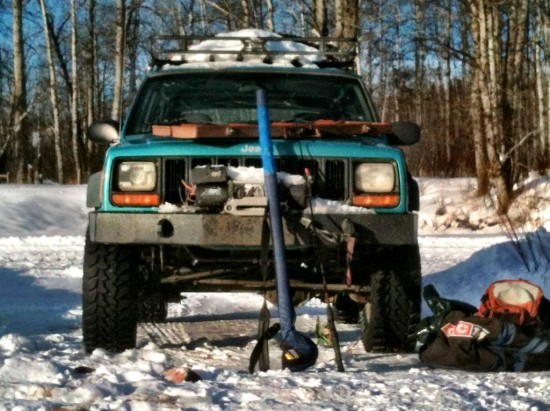 Which brings us to this fishing Friday as I got down to the river on a sunny day temps around minus 6 C. I fished for four hours throwing spoons, drifting jigs, bottom bouncing spin-n-glos and drifting the odd fly. I got one strike and didn’t land a fish, skunked, but it was the best skunked day I ever had! 😀

One Response to Best Skunked Day Ever!